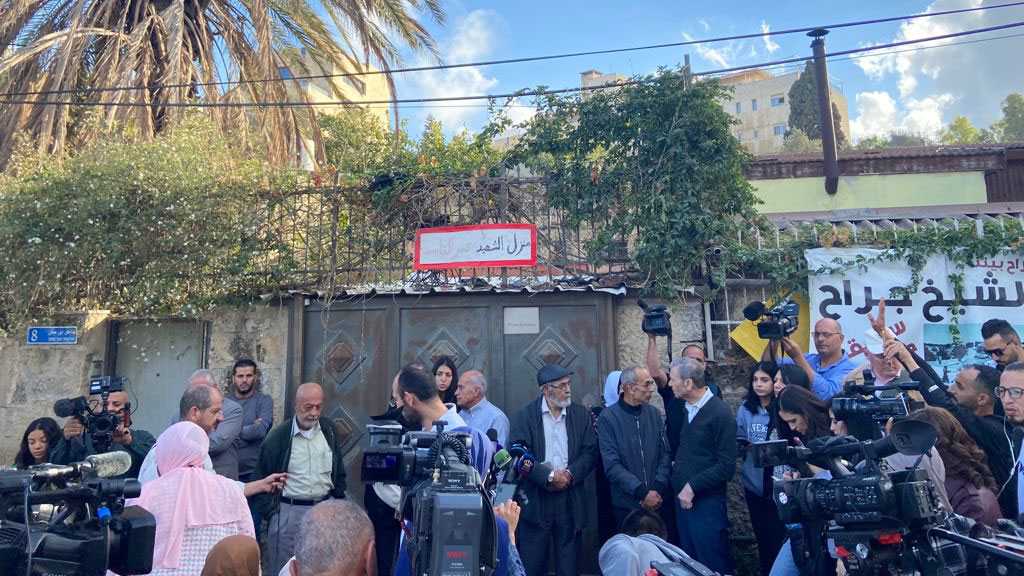 Palestinian families facing the threat of forced eviction from their homes in the East al-Quds neighborhood of Sheikh Jarrah rejected a Zionist court’s so-called ‘conflict resolution proposal’ that would enable Zionist settlers to eventually confiscate their land in 15 years.

The four families were required by the Zionist entity’s so-called ‘Supreme Court’ to respond by Tuesday to the proposal, put forward in August, under which they would be offered “protected tenancy status” for a 15-year period in return for accepting that their land belongs to the ‘Israeli’ occupation Nahlat Shimon settler organization.

At a press conference on Tuesday, the families dismissed the offer as a plot devised by the occupying regime to temporarily put off their eviction and eventually confiscate their land.

“We the families of Sheikh Jarrah rejected the compromise offered to us by the court of the occupation which considers us as protected tenants renting from the settlers organization of Nahalat Shimon and which will lead to confiscate our right in our lands,” the families said in a statement on Tuesday.

They expressed their firm determination to stand by their refusal to compromise on their rights, despite a lack of institutional guarantees that would protect their presence as Palestinians in occupied al-Quds.

The four families said their decision sprang from “our belief in the justice of our cause and our right to our homes and our homeland,” and that they would rely on the “Palestinian people” to raise international awareness of their plight instead of yielding to an “unjust agreement.”

Meanwhile, Sheikh Jarrah resident Muna al-Kurd said the ‘Israeli’ judiciary “is circumventing its obligation to issue a final decision, and is making us choose between dispossession and submitting to an unjust agreement.”

“We won’t allow ‘Israel’ to market itself as a just occupation at our expense,” she added.

The Zionist occupation regime has been attempting for months to expel four Palestinian families in the occupied Sheikh Jarrah neighborhood to make way for its settlers, despite the fact that the Palestinians have been living in the area for generations.