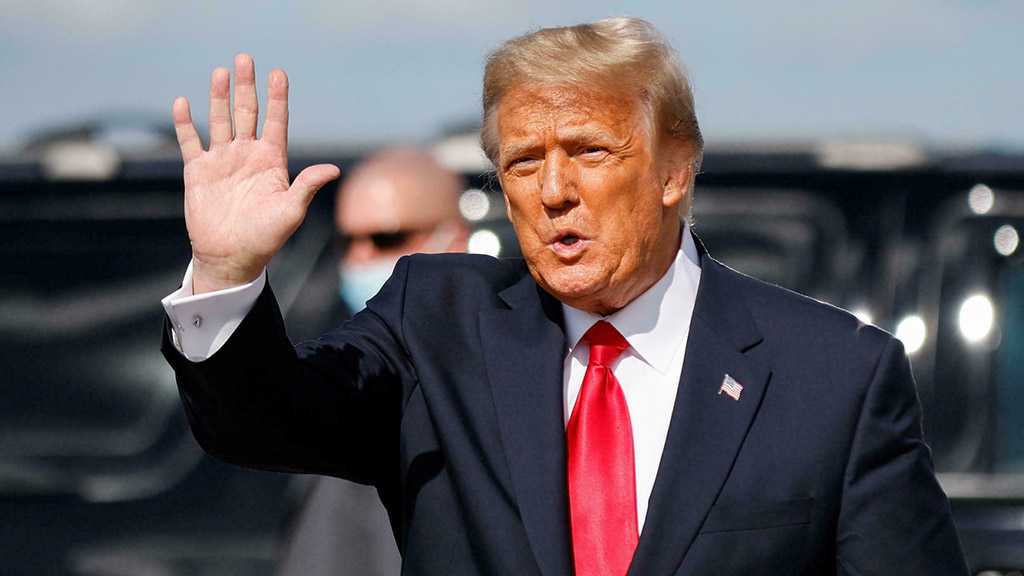 During the interview, Hoffman mentioned to Trump that he had bought yarmulkes with the former president's name on them and that when he asked the vendor if they sold Joe Biden ones, they laughed.

Trump quickly went on a tangent, saying the biggest change he had seen in Congress was the shift of power from legislators under the “Israeli” entity's influence to anti-“Israel” politicians:

The former president referred to certain left-wing Progressives in Congress who he accused of hating the “Israeli” entity. "You have – between AOC [Rep. Alexandria-Ocasio Cortez] and [Rep. Ilhan] Omar and these people that hate ‘Israel’, they hate it with a passion – they're controlling Congress and ‘Israel’ is not a force in Congress anymore, it's – I mean – it's just amazing. I've never seen such a change," he said.

“‘Israel’ had such power – and rightfully – over Congress, and now it doesn't. It's incredible, actually”.

Hoffman nodded throughout the non-sequitur, then replied, "It's really a shift we're seeing inside the Democrat Party," before segueing to a question about Trump's reopening strategy during the COVID-19 pandemic.

Trump's statements seem to echo an anti-Semitic conspiracy theory that the “Israel” lobby controls US politics in order to promote “Israeli” interests.

The Trump administration was largely seen as supportive toward the “Israeli” entity and then-prime minister Benjamin Netanyahu's right-wing government, Trump was accused of courting or refusing to denounce white supremacists and other right-wing extremists within his political base.

The Trump administration also played a key role in organizing the “Abraham Accords”, a series of diplomatic agreements promoting the normalization of relations between the “Israeli” entity and neighboring Arab countries, including the United Arab Emirates and Bahrain.