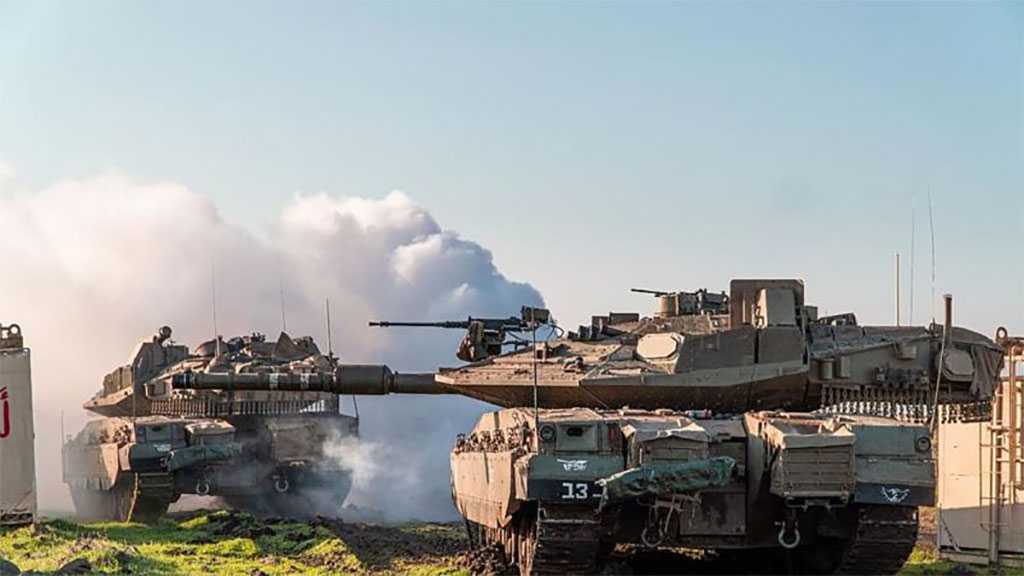 Facing Hezbollah and its threat is the ‘Israeli’ enemy’s main concern. It is conducting a series of maneuvers this week in preparedness for war scenarios that aim at comprehending the last war on Gaza and “Operation al-Quds Sword”, in addition to testing the training concerning the “Formulation of Galilee” that was carried out by the General Staff last month and that simulates Hezbollah’s “invasion” of the Zionist settlements.

“Walla” news website quoted a senior Zionist officer in the northern command as saying that the ‘Israeli’ military establishment is highly concerned about an abrupt ‘invasion’ from the northern borders. “We are working on the issue confidentially and publicly. It will be really difficult on Hezbollah, yet it’s a good course of action. We are getting ready with a physical obstacle, with forces, and with activities that I won’t elaborate about. We have “positive” news concerning working on the obstacle,” the official claimed.

According to the website, the officer tackled the possibility of Hezbollah using toxic substances to hypnotize the Zionist soldiers, saying that “the core endeavor is invading the “Israeli” lands. Using such substances or using them under the cover of 15 Kornet missiles is a dramatic transformation,” as Kornet is one of most advanced anti-tank missiles in the world.