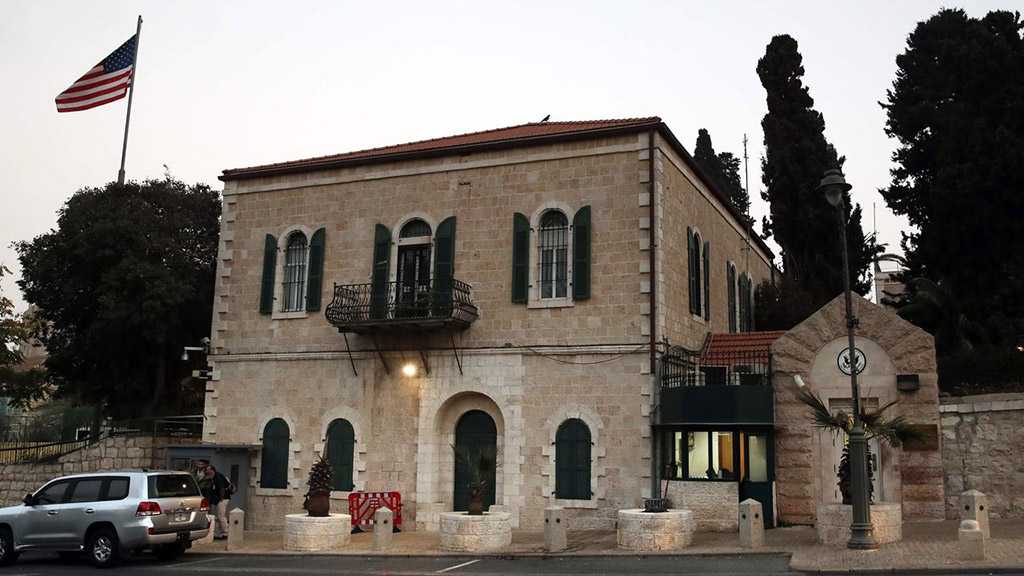 A senior US government official has confirmed that the US would have to get the “Israeli” entity’s consent before reopening a consulate in al-Quds for Palestinians that was shuttered two years ago.

The revelation came during a Wednesday hearing by the Senate Foreign Relations Committee when Sen. Bill Hagerty [R-TN] asked Deputy Secretary of State for Management and Resources Brian McKeon about the protocols for opening a consulate in another country.

“Is it your understanding that, under US and international law, the government of Israel would have to provide its affirmative consent before the United States could open or reopen the US consulate to the Palestinians in Jerusalem [al-Quds], or does the Biden administration believe it can move forward to establish a second US mission in the ‘“Israeli” capital city of Jerusalem’ without the consent of the government of ‘Israel’?” Hagerty asked.

“Senator, that’s my understanding – that we’d need to get the consent of the host government to open any diplomatic facility,” McKeon replied.

The Consulate General of the United States in al-Quds was created in 1844, long before the “Israeli” entity was created. However, after the creation of the entity in 1948 and the opening a separate US embassy in Tel Aviv, the consulate provided such services for Palestinians who no longer had a state in which to do so.

After the Trump administration announced in 2018 it was moving the US embassy from Tel Aviv to al-Quds in line with a 1995 act of Congress that was repeatedly waived by presidents before him unwilling to throw a hornet’s nest into a fragile peace process, the consulate was merged with the embassy.

Earlier this year, US President Joe Biden revealed his intent to reopen the consulate alongside other services for the Palestinian population in the occupied West Bank, East al-Quds and Gaza. Funding for the UN’s mission to Palestinian refugees, UNRWA, was also restored after being severed by Trump, to the tune of $235 million.

Hagerty suggested at the Wednesday hearing that the US reopening the consulate general would be a violation of the “Jerusalem Embassy Act of 1995”.

However, McKeon corrected him, adding that “There’s no intention to move the US embassy from Jerusalem [al-Quds].”

After US Secretary of State Antony Blinken said on October 13 that the administration was ready to “move forward with the process of opening a consulate as part of deepening of those ties with the Palestinians," the government of “Israeli” Prime Minister Naftali Bennett, which came to power after the May pledge to do so, made clear its rejection of the proposal.

Gideon Sa'ar, who heads the “Israeli” entity’s so-called Ministry of Justice, which alongside the Foreign Ministry would have to sign off on the move, flatly told the Jerusalem Post there was “no way” that would happen.