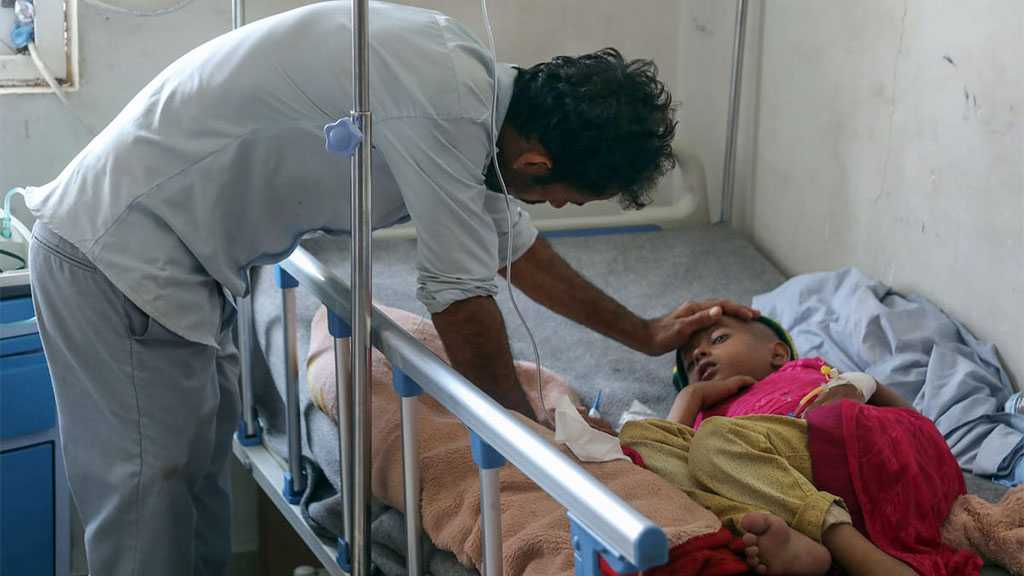 The Director of Yemen’s National Center for Oncology, Dr. Abdullah Thawabeh, confirmed that cancerous tumors in Sanaa have witnessed an enormous increase since the start of the US-Saudi aggression in 2015.

In a statement to Yemeni Al-Masirah network on Thursday, Dr. Thawabeh indicated that the center’s annual statistic before the aggression was up to 4,500 cases, but after it, the annual registered cases increased to 6000, which means an increase of 30%.

It was not the first time the health sector announced such horrible news.

In 2019, the official reports of the Ministry of Health indicated that the closure of Sanaa airport to critical cases caused the death of over 43000 patients, in addition to over 28000 cases of cancer patients, due to the siege and lack of necessary medical supplies.

Meanwhile, the UN has done nothing in dealing with the humanitarian crisis in Yemen for nearly seven years, except for announcing optimistic initiatives and solutions to alleviate suffering without any tangible result on the ground.

The UN didn’t manage to create a medical bridge to transport patients and health conditions, which the coalition of aggression was forced to accept and declare in May 2018, under pressure, a catastrophic humanitarian situation, only for misleading public opinion.

On December 3, 2018, a UN plane evacuated 50 injured people, accompanied by the National Delegation, to Muscat for treatment, a step towards what they called supporting confidence-building efforts ahead of peace talks in Sweden, to be followed by humanitarian flights for incurable medical conditions.

In the face of the determination of the coalition of aggression to underestimate the suffering of the Yemenis in addition to the silence and complicity of the international community, this was the first and last flight.

Neither the UN has pushed for the medical bridge to run at a rate of two trips per month, according to the agreement, nor has it brought the wounded home. Even those who died in the course of treatment were stranded with their families and had to bury their bodies abroad.

Since then, the humanitarian crisis in Yemen has been mere figures and statistics circulated by UN organizations to solicit international sympathy and make money despite the shocking and bloody connotations that have made it the worst crisis in the world.