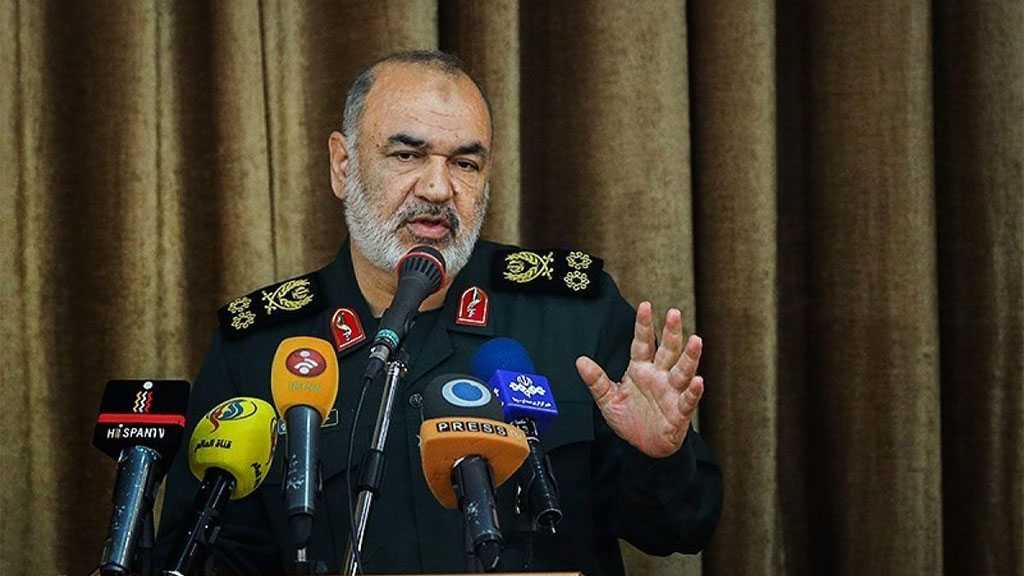 Chief Commander of Iran’s Islamic Revolution Guard [IRG], Major General Hossein Salami, said the United States is fleeing from the region due to resistance of regional nations and has no more room to operate in West Asia.

Major General Salami made the remarks while addressing a ceremony on Thursday, saying, “In the political battle [with the West], Islam and Muslims have emerged victorious and this is a reality... A proof [to this reality] is the humiliating escape of the [American] enemy from Afghanistan.”

The IRG top chief added, “The [global] arrogance is fleeing the region as it has no more room to operate in the [West Asia] region, and the US has been marginalized more than ever before.”

Drawing attention to the formation of resistance movements in all parts of the Muslim world, including Syria, Iraq, Yemen, and Afghanistan, Salami argued that as a result of that, the enemy forces’ morale has plummeted and they have become frustrated.

Salami noted that in today's world, realities cannot be hidden anymore and every development is being reported to the entire globe in real time.

The IRG chief further stated that “we are in the final stages of the resistance and this juncture has always been difficult, but the Iranian nation is certainly about to score a great triumph.”