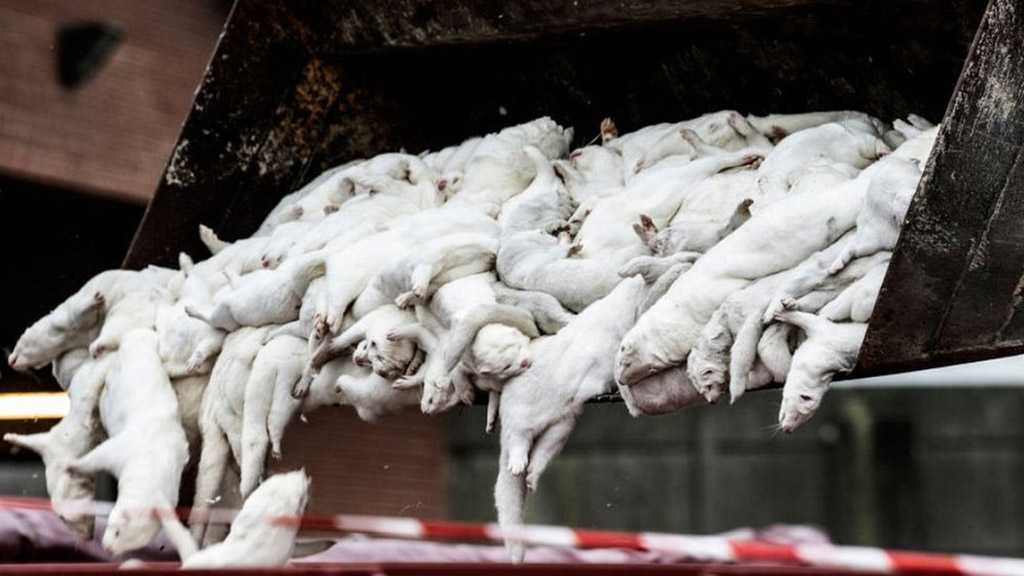 All text messages from the days when Danish Prime Minister Mette Frederiksen made the contentious decision to slaughter all the country's mink stock have been deleted, TV2 has reported.

The prime minister now risks being brought before a national court after the so-called Minkgate, which is seen as one of Denmark's biggest political scandals in modern times.

The decision to kill 15 million mink to stop a mutated COVID variant for fear that it would intervene with the vaccination process sparked controversy, as it was found to be unconstitutional – Danish law doesn't support the killing of healthy animals. Subsequently, Prime Minister Frederiksen pointed to the-then food minister and party mate Mogens Jensen, who left his post over the affair.

However, a "mink commission" appointed earlier this year to investigate the case has collected over a million documents and emails to map out the course of events. The commission requested the prime minister's text messages from the days on which the decision was made, yet they appeared to be unavailable. Mette Frederiksen's staff replied that the messages are automatically deleted after 30 days.

According to law professor Frederik Waag of the University of Southern Denmark, this can be criminal in and of itself.

"If you delete everything without even considering journaling, it becomes illegal, because text messages are generally considered as regular letters", Waag told the newspaper Ekstra Bladet.

Following a media uproar, Mette Frederiksen pledged that the ministry will try and restore the deleted text messages and review its guidelines.

Yet, Danish Radio obtained text messages showing how Frederiksen's right hand, Secretary of State Barbara Bertelsen, was pressuring former department chief at the Food Ministry Henrik Studsgaard to let former minister Mogens Jensen take the fall for the mink affair. According to Danish Radio, the messages remained intact on Studsgaard's phone, but were deleted on Bertelsen's.

"Your minister's only chance to turn this around is to accept it sincerely and wholeheartedly. Any remnant of previous obvious attempts to pass it on to others – including the government at large and thus the prime minister – will hit him even harder", Berthelsen wrote in one of the messages, as quoted by Danish Radio. To emphasize the gravity, Berthelsen reportedly underscored that it is about "the life of the government".

In the course of this autumn and early winter, a total 61 interrogations will be held with ministry employees, government officials, industry representatives, and ministers. Last on the list, the prime minister herself will testify on 9 December.

"The job description is written based on the notion of a 'main suspect' – namely the prime minister", Michael Gotze, professor of administrative law at the University of Copenhagen, said earlier in October.

Last year, the drama took yet another grim plot twist after the mink, buried in shallow graves one meter into the ground, began to swell with gas and penetrate through, spurring morbid jokes about "zombie mink". This year, the work of digging up and disposing of the last rotting mink from their makeshift graves was completed. Experts will now investigate whether the carcasses caused environmental damage and whether there is a need for further action.