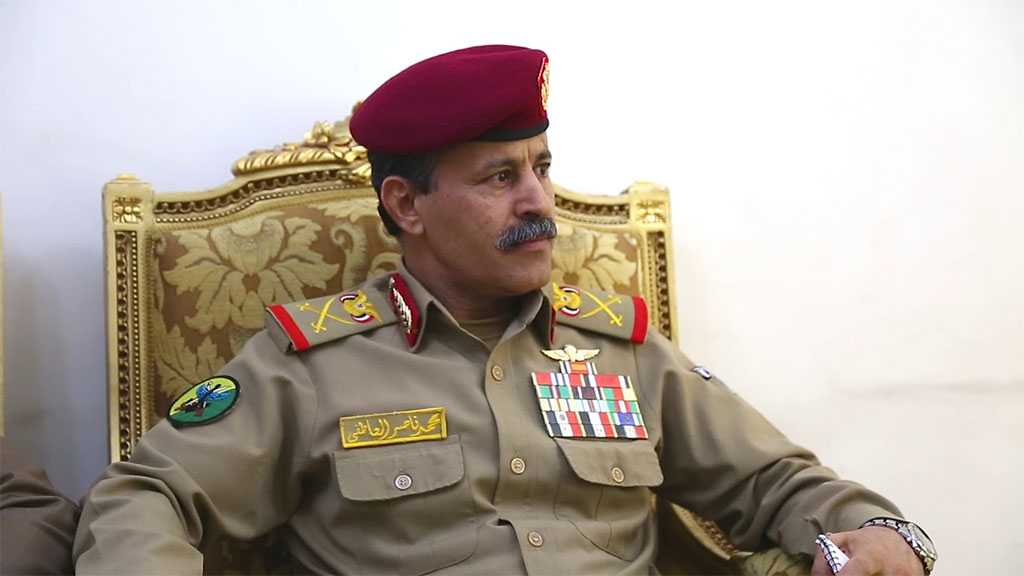 Restoring the Yemeni city of Marib is a matter of time, Defense Minister Major General Mohammad al-Atifi affirmed, considering that the global aggression against Yemen has already been defeated.

“Restoring Marib is a matter of time. You will soon hear news that will delight our people and all the free people of the nation in restoring Marib to the homeland,” al-Atifi said in an interview with Lebanese newspaper Al-Akhbar on Wednesday.

Al-Atifi stressed that Marib is a Yemeni land and every occupied Yemeni region will return to Yemeni sovereignty. “This is a foregone conclusion and not open to discussion.”

He also noted that most of the districts of Marib have been secured by the Army and Popular Committees.

The Minister of Defense insisted that Yemeni oil is a sovereign wealth and belongs to the people.

“We have strategic deterrent weapons that can deter any direct or indirect aggression that may target our oil facility in Safer or any other Yemeni facilities,” he added. “The response will be in the depth of the aggression countries and all of its oil facilities.”

He also affirmed that until now, the Armed Forces have not started the stage of "great pain", which was announced by President Mahdi Al-Mashat.

“It is a stage that will cause the enemy to lose his balance and will be extremely painful. If the enemy continues in its tyranny and aggression, it will force us to move to this stage.”

Meanwhile, Al-Atifi explained that the Marib initiative is primarily humanitarian, in its contents expressed true national legitimacy and a strategic vision for the revolutionary and political leadership stemming from a free and independent will.

“We are more concerned about the lives of the displaced. The aggression and its tools are using the displaced as human shields,” he added.

The Minister of Defense confirmed that the general amnesty decision was issued by the revolutionary and political leadership from a position of strength and is still open.

He confirmed that the fate of the tools of aggression will be more miserable than what the US practiced against its agents as happened in Afghanistan.

Regarding the presence of British forces in Al-Mahra province, Major General Al-Atifi affirmed that their military presence is an open occupation and colonization, and it is a colonial force that has penetrated national sovereignty.

“We will reach all the invaders in the occupied Yemeni islands, and we will not rest unless we restore every occupied inch of our Yemeni land,” he added.

Major General Al-Atifi stressed that the global aggression against Yemen had been defeated and it has no choice but to admit the horrific defeat if it has the courage.

Additionally, he highlighted the steadfastness of the Yemeni people and the sacrifices of the heroes of the Army and Popular Committees have thwarted the scheme to reshape the Zionist-US-British-French influence in the region, which was the main pillar of Yemen.