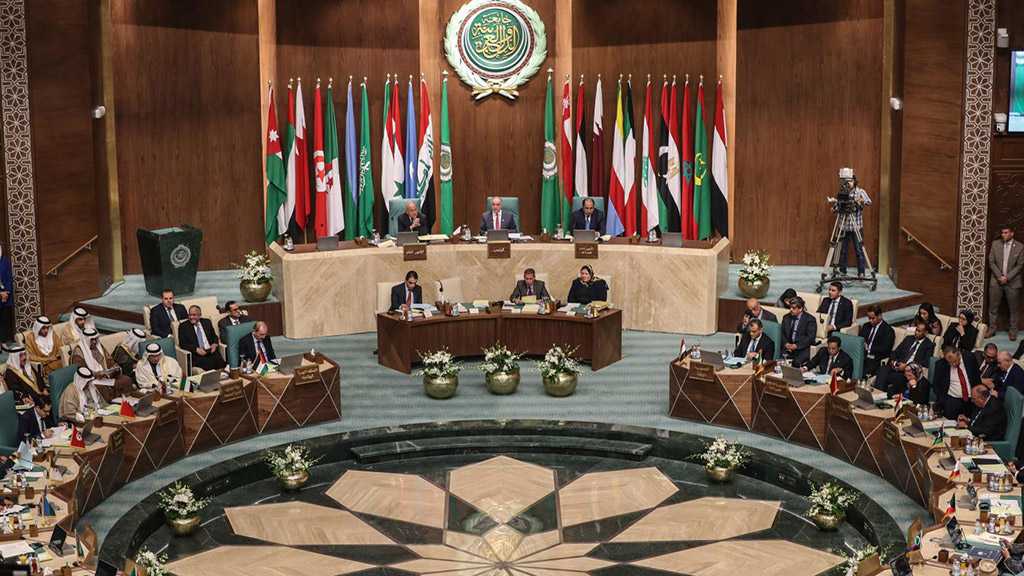 The Arab League has condemned in the strongest terms the “Israeli” entity’s declaration that it will build more than 1,300 new settler units in the occupied West Bank.

In a statement released on Monday, the 22-nation Arab bloc said the construction plan is part of the continuous and escalating “Israeli” aggression against the Palestinian people.

The statement came a day after the “Israeli” entity’s so-called “Housing” Ministry said that tenders had been published to build 1,355 new housing units in seven different West Bank settlements.

The ministry further noted that the new units would be added to over 2,000 units that reports said in August would be authorized for “Israeli” settlers in the West Bank.

The Arab League said the Tel Aviv regime’s settlement construction activities are meant to Judaize the occupied Palestinian territories, including al-Quds, in order to end any hope or possibility for the so-called two-state solution, which “expresses the choice and will of the international community and embodies the resolutions of international legitimacy.”

The pan-Arab bloc also urged the international community and concerned countries to assume their legal and moral responsibilities and denounce the “Israeli” crime of constructing new “Israeli” settlements with all the threats it poses to peace and stability.

“The [‘Israeli’] occupation authorities’ continued impunity from accountability under the provisions of international law encourages them to move forward with their crimes and continue to defy the will and decisions of the international community,” it said, underlining the need to exert pressure on the “Israeli” entity to stop its settlement schemes and implement UN resolutions.

The Arab League further called for international protection to the Palestinian people, land, and holy sites with the aim of ending the occupation and enabling the nation to exercise its right to self-determination and independence as the only path to achieve security, stability, and the desired peace in the region.

It also reiterated the illegitimacy of “Israeli” settlements and demanded a halt to any unilateral actions that would harm the establishment of the Palestinian state.

Most of the international community considers “Israeli” settlement construction illegal under international law and an obstacle to the so-called two-state solution to the “Israeli”-Palestinian conflict.

More than 600,000 “Israelis” live in over 230 illegal settlements built since the 1967 occupation of the Palestinian territories of the West Bank and East al-Quds.

The UN Security Council has in several resolutions condemned the Tel Aviv regime’s settlement activities in the occupied Palestinian lands.

The entity has been consistently slammed as an apartheid regime across the globe by human rights groups and activists, officials, and United Nations investigators over its aggressive measures against Palestinians in the occupied territories, including its settlement activities.

In an interview published on Monday, the director of Crisis Advocacy at Human Rights Watch underlined that the “Israeli” apartheid regime’s discriminations against Palestinians, including in the East al-Quds neighborhood of Sheikh Jarrah, sparked the conflict between the entity and Palestinian resistance groups in Gaza in May.

“As we focus on the bloodshed from 'Israeli' bombing in Gaza, and [Palestinian resistance group] Hamas’s rocket attacks into ‘Israel’, we should not forget the ‘Israeli’ government’s discriminatory oppressive rule in the occupied territory that sparked the conflict, such as in Sheikh Jarrah,” Akshaya Kumar told Fars news agency.

“The word to describe that is apartheid,” Kumar stressed.

She also pointed out that international law already recognizes the right to struggle and resist, saying that in 1982, the UN General Assembly “reaffirmed the legitimacy of the struggle of peoples for independence, territorial integrity, national unity and liberation from colonial and foreign domination and foreign occupation by all available means, including armed struggle.”

The “Israeli” entity continuously bombarded the Gaza Strip from May 11 to 21, in an asymmetrical war sparked by the regime’s repeated assaults against the Palestinians in the occupied West Bank, in particular its forced displacement plots in Sheikh Jarrah and brutal violence against Palestinian worshipers at the al-Aqsa Mosque.

The war killed 256 Palestinians, including 66 children.