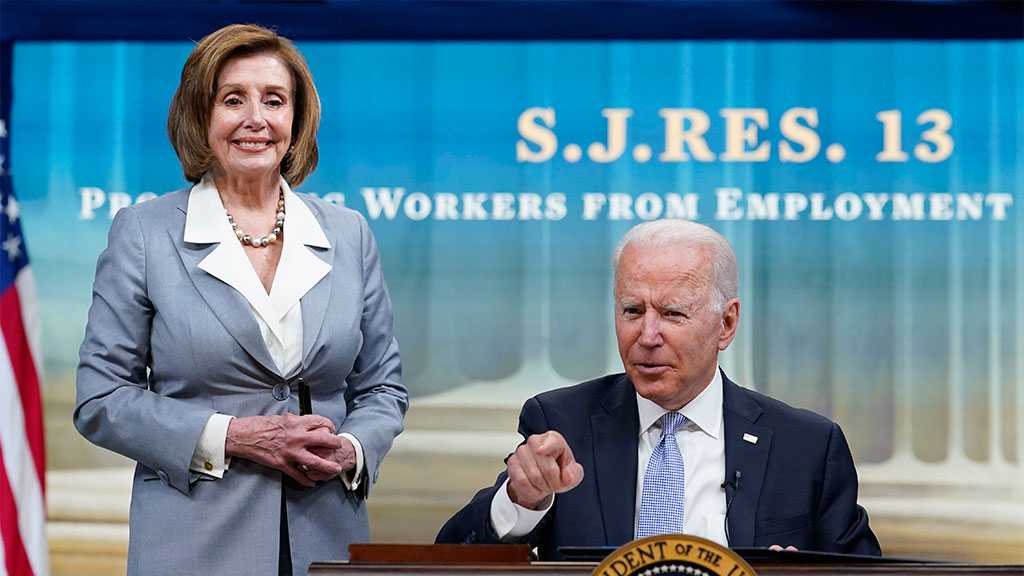 After months of fierce political wrangling, United States House Speaker Nancy Pelosi said Sunday she expects agreement on a huge social spending package and a vote on a cross-party infrastructure bill this week.

Asked on CNN's "State of the Union" whether the agreement on the spending package and votes on infrastructure could occur in the coming week, Pelosi replied, "That’s the plan."

On the spending package specifically, which has divided progressive and moderate Democrats, Pelosi sounded particularly optimistic.

"I think we're pretty much there now," she said. "We're almost there. It's just the language of it."

The House speaker’s comments came as President Joe Biden was to meet at his home in Delaware with Joe Manchin, one of the two Senate Democrats whose resistance to the president's big Build Back Better social program had proved a major stumbling block.

There was no immediate indication of how that meeting, also attended by Senate Majority Leader Chuck Schumer, went.

But Biden himself had expressed optimism on Thursday during a televised town-hall appearance, saying, "I do think I'll get a deal."

He said his feuding Democratic Party was "down to four or five issues," but "I think we can get there."

Additionally, Pelosi told CNN on Sunday that "we have 90 percent of the bill agreed to and written, we just have some of the last decisions to be made."

Biden originally pushed for $3.5 trillion in spending on the social support bill, but the latest figure under consideration is about $2 trillion.