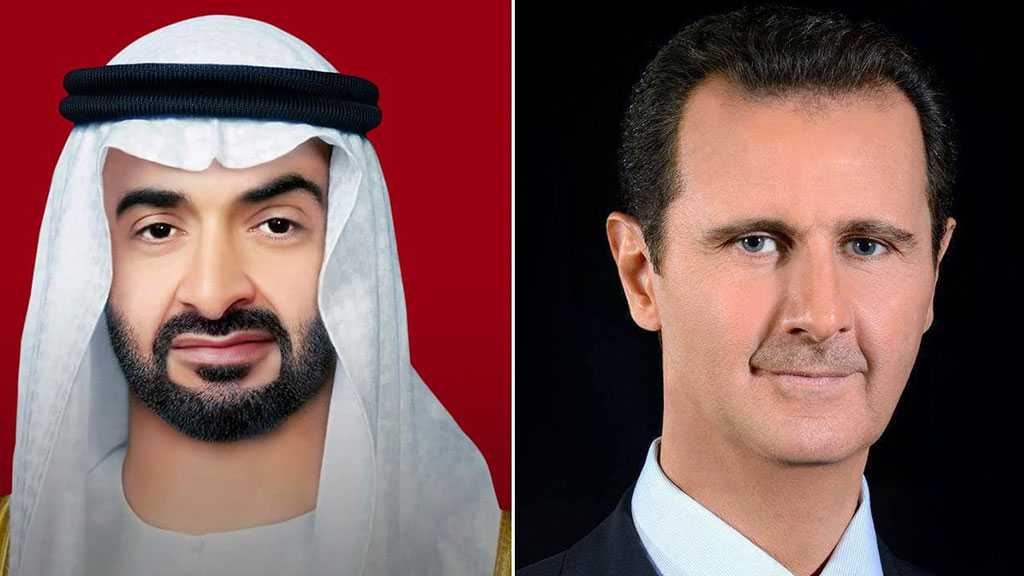 Talks dealt with bilateral ties and means of enhancing them, in addition to prospects of cooperation between Syria and the United Arab Emirates as well as the common efforts to broaden them in the interests of both countries and peoples.