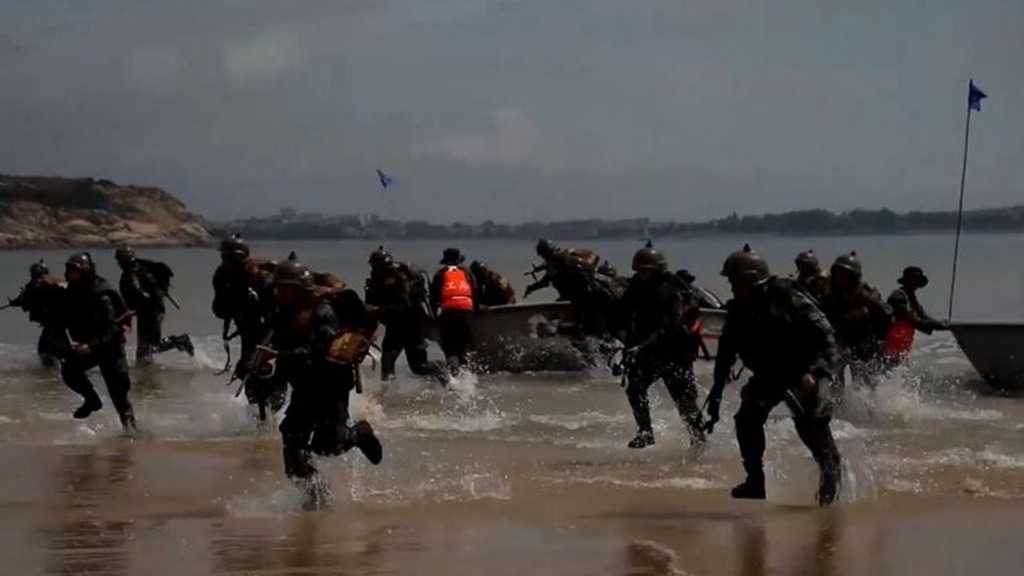 China’s military has carried out beach landing and assault drills in the province directly across the sea from the Chinese Taipei amid a dramatic spike in tensions between the mainland and the self-ruled island.

The official People’s Liberation Army Daily newspaper in a brief report on Monday said the drills had been carried out “in recent days” in the southern part of Fujian province. The action had involved “shock” troops, sappers and boat specialists, the report added.

The troops were “divided into multiple waves to grab the beach and perform combat tasks at different stages,” it noted.

A video circulating on the net also showed soldiers in small boats storming a beach, throwing smoke grenades, breaking through barbed-wire defenses and digging trenches in the sand. The report, however, did not link the exercises to current tensions with the Taipei.

Fujian would be a key launching site for any Chinese takeover of the self-ruled island due to its geographical proximity. China routinely carries out military exercises up and down its coast as well as in the South China Sea.

Over the weekend, China’s President Xi Jinping reiterated opposition to the Chinese Taipei’s “independence separatism” and vowed to realize a peaceful reunification with the self-ruled island.

China recently flew dozens of fighter jets over the Taipei’s airspace after Britain sent a warship through the Taiwan Strait in a move aimed at challenging Beijing’s claim to the strategic waterway.

China has sovereignty over the Chinese Taipei, and under the “One China” policy, almost the entire international community recognizes that sovereignty. Beijing also opposes other countries pursuing ties with the self-ruled island and has consistently warned Washington against engaging with the Chinese Taipei.

China has already declared that its military exercises near the Chinese Taipei are a “solemn warning” to secessionist factions in the self-ruled island and their foreign backers, particularly the United States.

Washington and its allies side with Beijing’s rival claimants in maritime disputes in the South China Sea, while China has always warned the US against military activities in the sea.

Beijing says potential close military encounters between the air and naval forces of the two countries in the region may cause accidents.

Relations between the US and China have grown tense in recent years, with the world’s two largest economies clashing over a range of issues, including trade, the Chinese Taipei, Hong Kong, military activities in the South China Sea, and the origins of the new coronavirus.