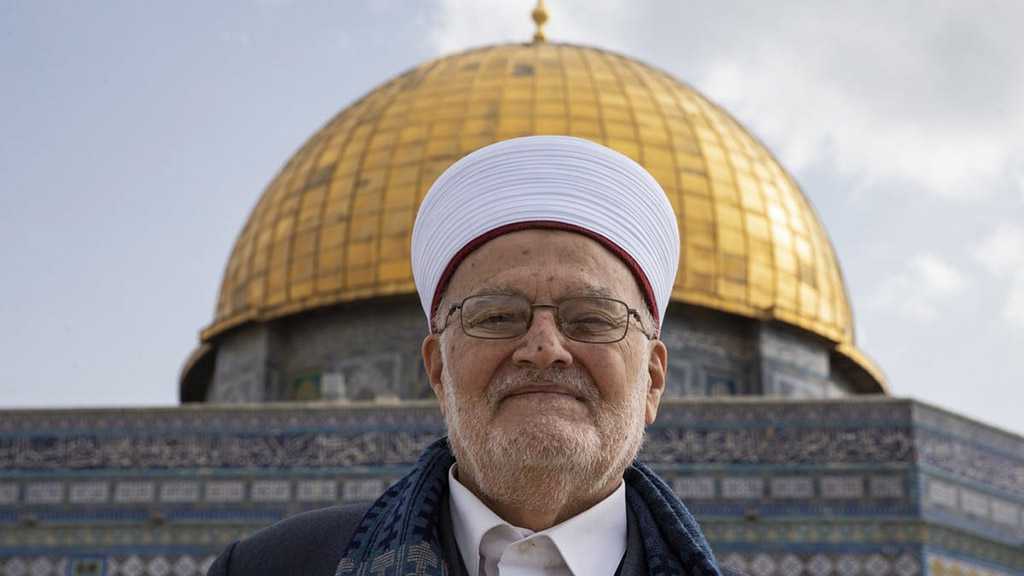 “Israeli” police forces have raided the house of al-Aqsa Mosque preacher Sheikh Ekrima Sabri in al-Quds, and summoned him for questioning.

The “Israeli” Occupation Forces [IOF] stormed Sabri’s house Sunday morning and called him to show up for questioning later the day at the Russian Compound in the city, the Palestinian Wafa News Agency reported.

Sabri is known for his criticism of the “Israeli” occupation and its attempts to impose division at the al-Aqsa Mosque in al-Quds, the third holiest site in Islam.

Meanwhile, the Palestinian Prisoners Society [PPS] said in a statement that the al-Aqsa preacher will be questioned by the entity’s internal spy agency, Shin Bet.

No information was yet available about the cause of the summoning. However, local media quoted Sabri as saying that he might be questioned about last week’s “Israeli” court decision allowing silent prayers for Jews inside the al-Aqsa Mosque complex.

“This [‘Israeli’ decision] is rejected by us all because al-Aqsa Mosque is exclusively for Muslims,” he said.

The IOF have arrested 82-year old Sheikh Sabri multiple times in the past and prevented him from entering al-Aqsa Mosque for several months.

“Israeli” police also injured him during protests in 2017 against the placement of metal detectors at the entrances of al-Aqsa.

In a statement issued on Friday on the 31st anniversary of the Aqsa massacre, which was committed by “Israeli” forces, the Palestinian resistance movement Hamas warned that any “Israeli” attempt to impose “temporal and spatial division” at the al-Aqsa Mosque will have “damaging consequences” for the occupying regime.

Hardline “Israeli” legislators and extremist settlers regularly storm the al-Aqsa Mosque compound in the occupied city, a provocative move that infuriates Palestinians. Such mass settler break-ins almost always take place at the behest of Tel Aviv-backed temple groups and under the auspices of the “Israeli” police in al-Quds.