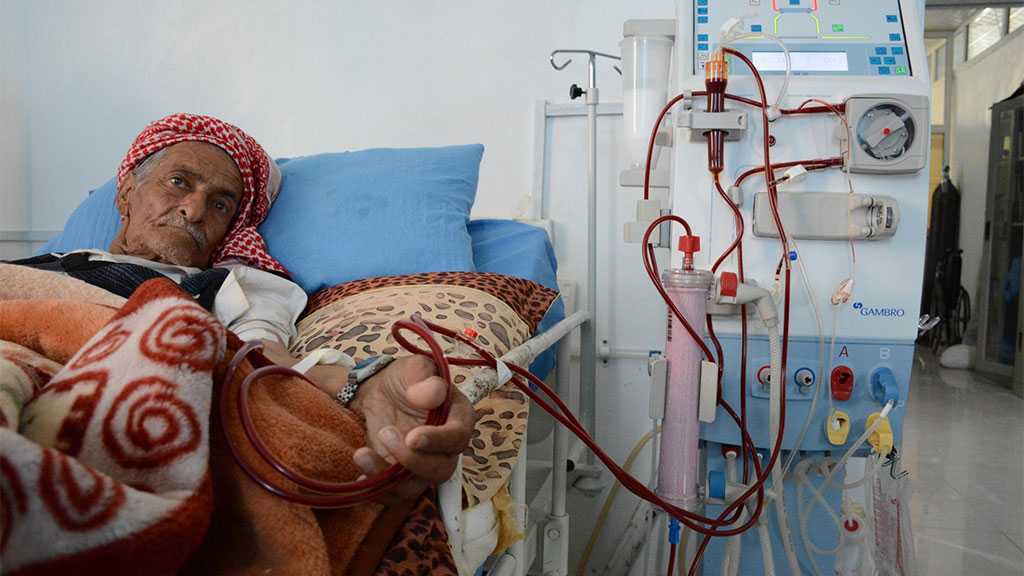 The director of al-Zahraa Center for free charitable dialysis in the Yemeni city of al-Bayda, Dr. Ali al-Sayed, said that “The lack of fuel for the center’s generators, as a result of the continuation of the siege, threatens the lives of 85 patients with renal failure, including 25 females."

Al-Sayed emphasized that the only al-Zahraa Dialysis Center in al-Bayda, which was established in May 2005 by businessman Saleh Baesh, provides dialysis sessions for the people of the governorate, and for patients from the districts in the neighboring governorates, in addition to displaced patients, including children.

He explained that the World Health Organization [WHO] reduced the center's monthly share of fuel, which amounted to 8,000 liters. The new expansion of the center will have an actual need of more than 12,000 liters per month, considering the delay in fuel will lead to stop dialysis devices and negatively affect the lives of patients.

He also indicated that the center works around the clock with seven devices continuously, including two devices for viruses, amid an increase in the number of cases and sessions provided to patients during the first half of this year by 30% compared with the total number of 12,000 sessions during the past year.

The director of the center indicated that the Minister of Health, Dr. Taha al-Mutawakil, sent a memorandum to some organizations interested during the year 2020, to provide devices for dialysis, in addition to a memorandum for the Yemeni Red Crescent to adopt the center, and “we are still waiting for this to be achieved in the coming days.”

The director of the center stated that many patients come from faraway areas to receive the treatment, which reaches three sessions per week, at a rate of 12 hours, and the adoption of Friday work hours in order to continue providing the service to patients, therefore, the center must be expanded.

Ali al-Sayed explained that the center's expense is based on the management of al-Zahraa Private Hospital, without any expense or financial budget from government agencies, praising the role of the Ministry of Health in providing the center with health supplies.

Al-Sayed pointed out that 12 employees of the center received a monthly incentive from the WHO for one year only, so that the hospital would bear the greatest burden for continuing to provide services to patients with kidney failure in the governorate.