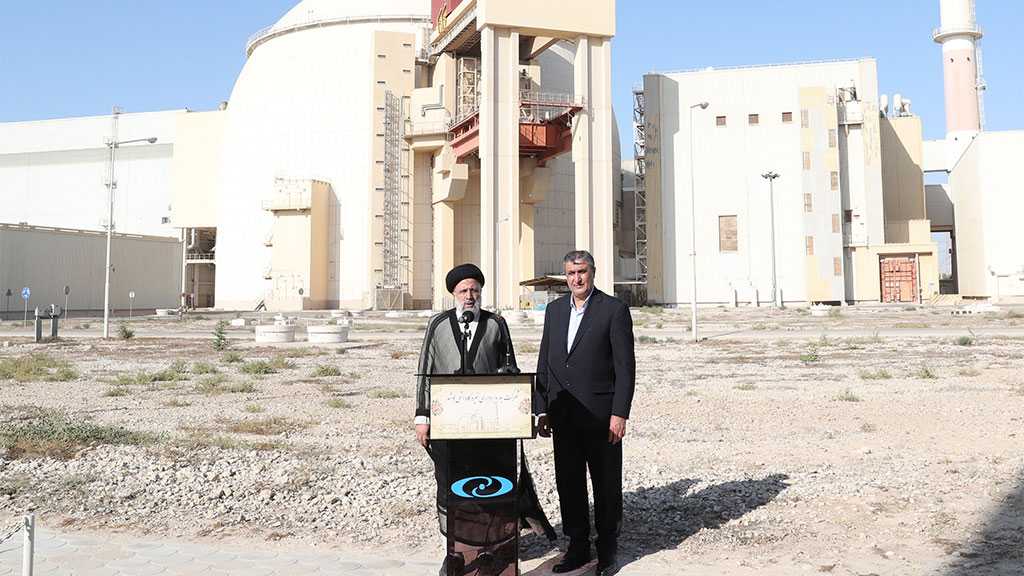 Speaking in the southern province of Bushehr on Friday, Raisi said Iran needs “wise and purposeful” planning for the sustainable development of the nuclear industry based on the latest international standards in order to stand at the top economic, scientific and technological position in the region.

He added that the necessary mechanism has been developed in this regard and provided to the Atomic Energy Organization of Iran [AEOI].

"Nuclear knowledge in the future will determine the remarkable scientific development and progress of countries, and we should not lag behind the world's scientific movement," the Iranian president stated.

He noted that the advancement of nuclear knowledge would lead to the development of other technologies.

Raisi further said the Bushehr Nuclear Power Plant is currently operating at its nominal capacity and producing over 1,000 megawatts of electricity, but the figure would be tripled in its development phases.

He added, “One of the important missions of the Atomic Energy Organization [of Iran] is to increase the country's electricity generation capacity to up to 10,000 megawatts which will be materialized within the next three years.”

The Busher power plant started operating in 2011 and reached full capacity the following year, but Iran and Russia agreed to expand it.

They signed a number of documents in November 2014 for the construction of up to eight new nuclear power plants at the site and expand cooperation in the field of peaceful use of atomic energy.