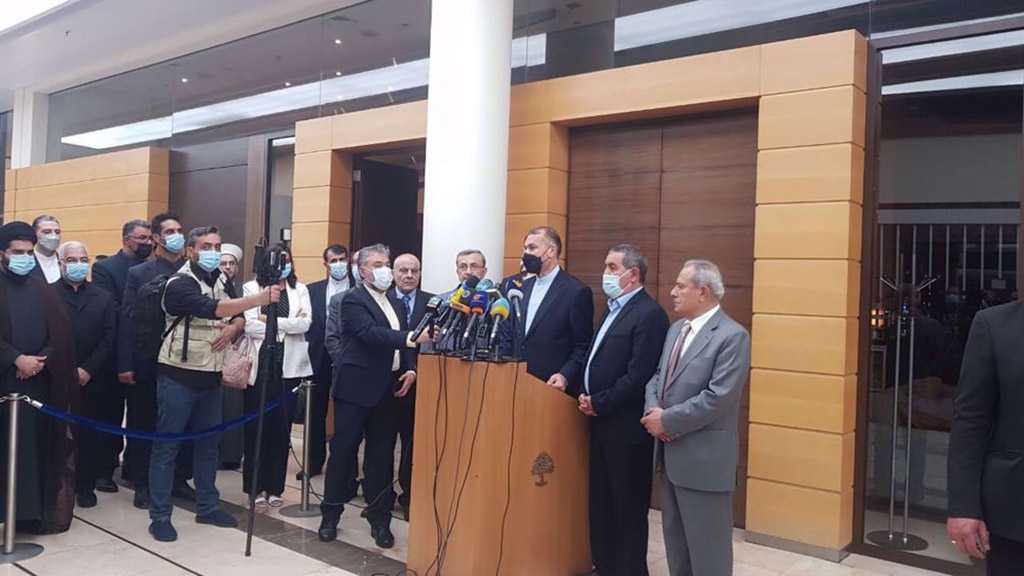 He further vowed that the Islamic Republic will continue to strongly support the Lebanese people, army, and resistance movement.

“The Islamic Republic of Iran will powerfully stand by its allies in the region and we will continue our support for the Lebanese independence, security and sovereignty,” Amir Abdollahian stated upon his arrival in Beirut on Thursday.

Amir Abdollahian pointed to a social media campaign launched ahead of his visit in appreciation of Iran’s assistance to Lebanon in breaking the United States’ economic siege, saying Tehran has even “better new offers” if the Lebanese officials make a request.

He further underscored that Tehran also stood ready to “continue on the previous path,” referring to recent energy sales to Lebanon, as long as Beirut kept up the demand, and also lend a helping hand to the Arab nation in other fields.

“This trip is indicative of deep and friendly ties between the two countries, and we support Lebanon’s army, people, and resistance with a strong voice,” he said.

In parallel, the top Iranian diplomat also extended his congratulations to the Lebanese people on the formation of a new government in the Arab country, following a 13-month-long political stalemate.

Heading a delegation, Amir Abdollahian arrived in Beirut on Thursday on a first visit to the country since his appointment, after wrapping up a trip to Russia. He is scheduled to hold talks with Lebanese President Michel Aoun, parliament speaker Nabih Berri, Prime Minister Najib Mikati and Foreign Minister Abdullah Bou Habib.

He also plans to meet representatives of Palestinian factions and groups at the Iranian Embassy in Beirut.