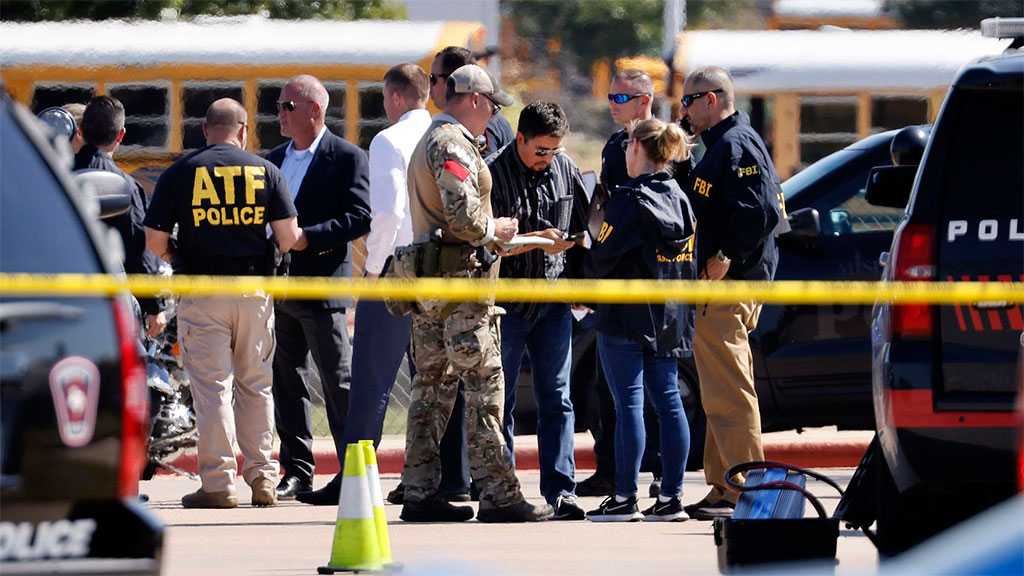 The suspect in a shooting at a Texas high school Wednesday is in custody, Arlington police said.

According to an Arlington Police Department news release, Simpkins turned himself in without incident and his bond was set at $75,000.

The shooting at Timberview High School left four people injured. Among the four, two were shot and three were hospitalized.

All three hospitalized are expected to survive, Kolbye said. One of the victims is a 15-year-old boy with gunshot wounds who is listed in critical condition, according to the release.

Officials said about 1,700 students were at the school and all have left the building.

Arlington police said a weapon was recovered in "the streets of Grand Prairie," a few miles from the high school.