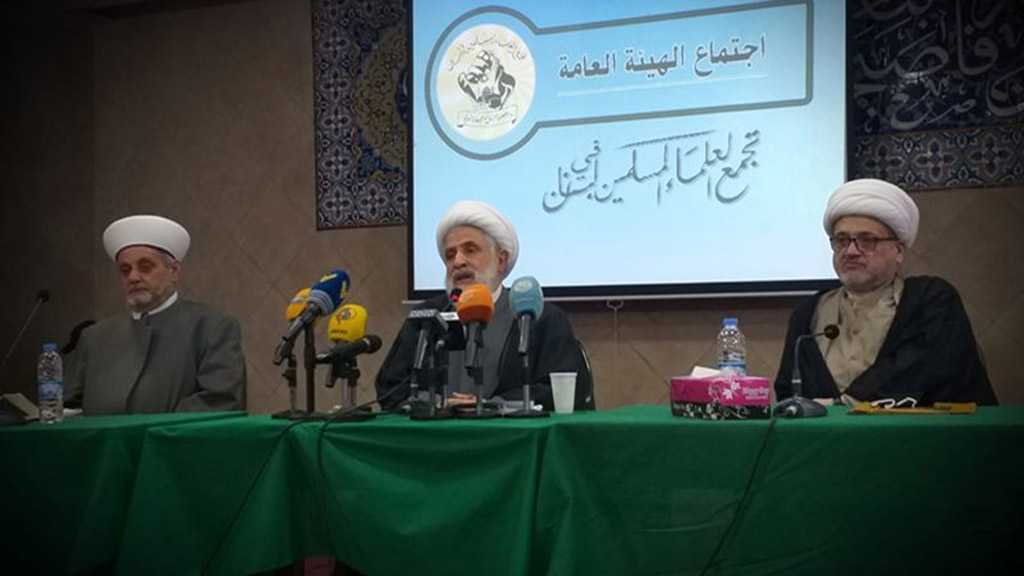 Hezbollah Deputy Secretary General His Eminence Sheikh Naim Qassem stressed on the right of the Resistance to use all the legal means to protect Lebanon and its people and confront the American blockade, pointing out that Hezbollah won’t accept dictation from anybody as its goal is attaining freedom, independence and liberation.

“We don’t accept anyone attacking us without responding to the attack. We could only accept being strong and ready for all challenges on all the levels. We won’t accept the establishment of the Zionist entity in the region and we will continue to resist the occupation”, he said in a meeting with the Muslim Scholars Association in Lebanon.

Sheikh Qassem also invited the new cabinet to ask the Americans for lifting the blockade as did Iraq and Jordan with their relations with Syria. “Let’s tell the US what we want, to wake it up, to tell it that it’s better for it and us that it acts differently”, he added.

He said “Syria is an economic lung for Lebanon, as it’s a place to export and import. Despite all the forthcoming projects, Lebanon cannot solve its problem unless the problem of this lung is economically solved, along with the migration problem.”

The Deputy SG asserted that Hezbollah is keen on carrying out the parliamentary elections on time, noting that “some bet that the elections will give them numbers and equations, and that’s why they need these elections; but we want the elections because they’re a benefit and because we want people to choose who can represent them.”