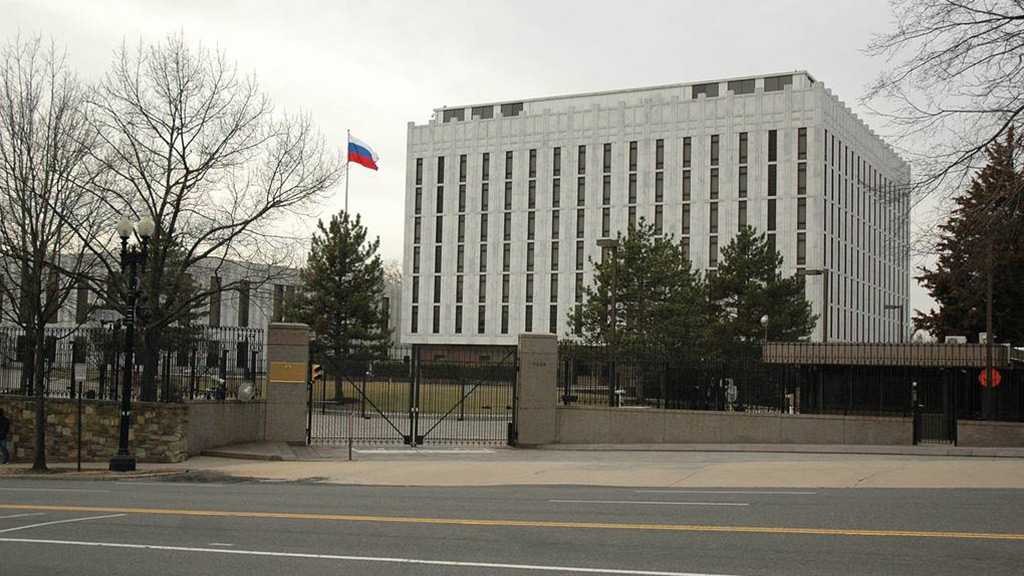 On Tuesday, 7 US senators sent a letter to US President Joe Biden urging him to threaten hundreds of Russian diplomats with expulsion in order to pressure Moscow to allow more American diplomats at the US embassy there.

The letter, addressed to Biden but also sent to US Secretary of State Antony Blinken, was written by US Sen. Marco Rubio [R-FL], Mark Warner [D-VA], Jim Risch [R-ID], and Bob Menendez [D-NJ].

They also blame a new Russian policy barring Russian nationals from being employed at the US embassy in Moscow, claiming it "jeopardizes" the embassy's operations and undermines the ambassador's ability to defend US policy interests in Moscow.

In other words, Russia must give 300 visas to American diplomats or the US would order 300 Russian diplomats out of the United States, if the senators got their way.

In response, the Russian Ministry of Foreign Affairs said Tuesday that there aren't that many Russian diplomats in all of Washington, DC, for the US to expel.

The ministry added that it seems the senators seek the closure of US missions in Russia and should be conscious of the responsibility they hold.

The new Russian policy took effect on August 1. However, it did not limit the number of diplomats the US could send to Moscow.

However, the US government has been looking to restrict Russia's diplomatic presence in the US for some time. In early August, Russian Ambassador to the United States Anatoly Antonov told Sputnik that some 130 Russian diplomatic workers and their family members had seen their visas expire without being given an extension. He noted that in recent days, 22 diplomatic visas had been given to Americans, but the Russians only received a single visa renewal in response.

Another 24 diplomats were ordered to leave the country before September 3. "Almost all of them will leave without replacements because Washington has abruptly tightened visa-issuing procedures," Antonov told the US publication The National Interest on August 2.

In December 2020, the US instituted a new policy of mandatory three-year limits on visas for Russian diplomats, which Moscow strongly protested as limiting to their diplomatic work in Washington and at its other consulates in the US.