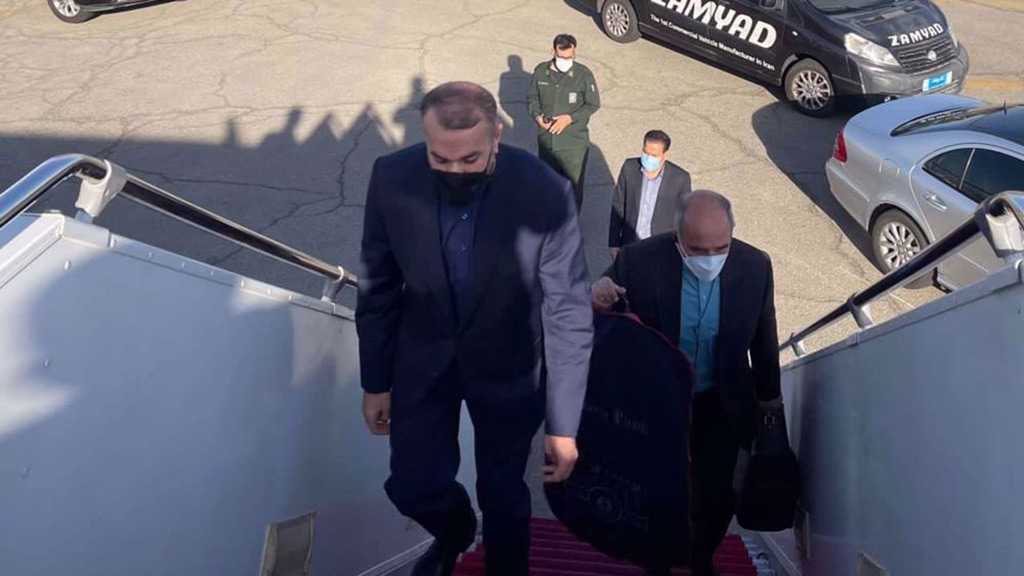 Iranian Foreign Minister Hossein Amir Abdollahian has arrived in Moscow to hold talks with his Russian counterpart on regional developments.

Amir Abdollahian is heading a delegation in his visit to the Russian capital which is taking place at the invitation of Foreign Minister Sergei Lavrov.

The top Iranian and Russian diplomats plan to discuss ways to counter terrorist threats and illegal drugs smuggling as well as international contributions to the reconstruction of Afghanistan during their scheduled meeting on Wednesday.

Amir Abdollahian and Lavrov will also hold talks about the principled stance of Tehran and Moscow on Syria and the resumption of talks on reviving the 2015 nuclear deal, officially known as the Joint Comprehensive Plan of Action [JCPOA].

In a phone call with his Russian counterpart Vladimir Putin last month, Iranian President Ebrahim Raisi said the Islamic Republic is determined to boost relations with Russia in all fields, including in the production of a joint vaccine to fight the deadly coronavirus pandemic.

“We are pursuing the development and deepening of cooperation between the two countries in all dimensions,” Raisi said.

As a signatory to the JCPOA, Russia has supported Iran’s right to peaceful nuclear energy and stressed the need to resume the Vienna talks aimed at reviving the landmark deal.

Speaking to reporters at the United Nations in New York on September 25, Lavrov criticized the unilateral sanctions imposed against Iran after the United States’ withdrawal from the JCPOA, urging Washington to take a “more active” approach to help resume the stalled talks.

“It seems evident they should be more active” in “resolving all issues related” to the accord, Lavrov said, adding, “Iran is not doing anything that would be prohibited.”

Iran and Russia also have a common stance on Afghanistan and emphasize the need for the formation of an inclusive government with the participation of all groups in the war-torn country, where the Taliban militant group has gained power in light of the US withdrawal.