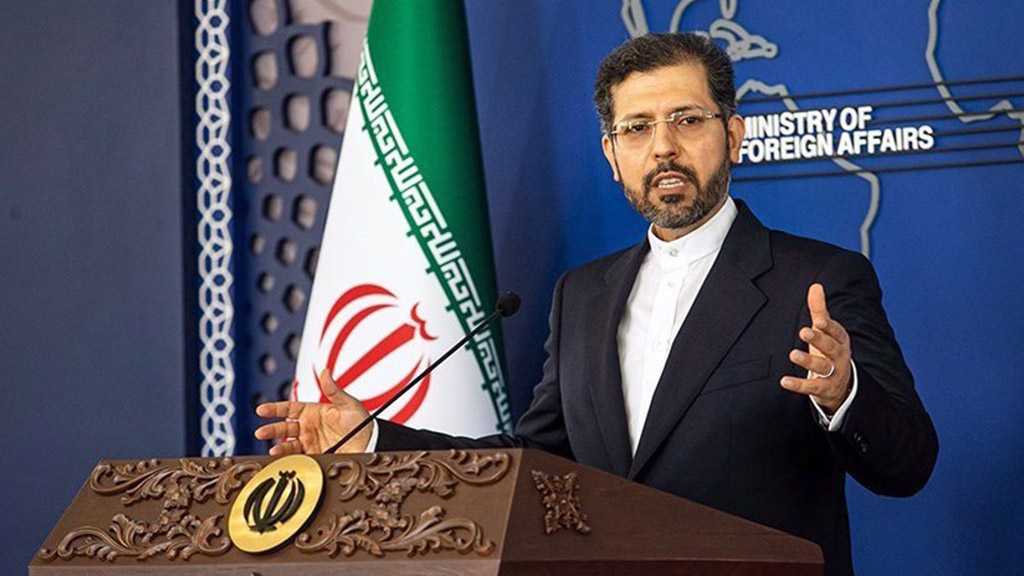 Iran has called on the United States to effectively remove all 800 illegal sanctions imposed, re-imposed or re-labeled under former president Donald Trump, saying such a measure serves as a “ticket” for Washington to return to the negotiating table.

However, he added, Tehran is still reviewing the details of the six rounds of Vienna talks held under the previous Iranian administration.

The new administration is currently trying to “find out why the previous talks did not reach a satisfactory phase or a document that all sides will be happy with. All those questions have been written. We are trying to find out, also, the issues that [we need them] to be addressed properly in the upcoming talks,” Khatibzadeh said.

He also emphasized that Iran is looking for a way to ensure that sanctions are lifted “effectively.”

Asked whether the lifting of all US sanctions was a precondition for Iran to return to the Vienna talks, the spokesman explained that such a demand is “no precondition. Iran and the P4+1 group of countries are members of the Joint Comprehensive Plan of Action [JCPOA]. The United States would like to get back to [the negotiating] room, so it needs a ticket.”

The ticket is for the US to be able to respond to a request by all of all P4+1 countries, including Iran, he said.

The Iranian official said the US is required to remove all the sanctions imposed, re-imposed or re-labeled by Trump and ensure that Washington will no longer violate the JCPOA.

Before winning the election, US President Joe Biden had promised to return to all the agreements that Washington scrapped under Trump, but it did not happen in the case of the JCPOA, Khatibzadeh said.

To be honest, he added, “the new US administration has not changed its policy towards Iran, the sanctions imposed by the Trump administration are in place right now, and we have not seen any meaningful or great change in their policy vis-a-vis Iran,” he added.

The remarks came amid a pause in Vienna talks between Iranian and P4+1 delegations on a potential revival of the JCPOA.

Trump left the JCPOA in May 2018 and re-imposed the anti-Iran sanctions that the deal had lifted. He also placed additional sanctions on Iran under other pretexts not related to the nuclear case as part of the “maximum pressure” campaign.

Following a year of strategic patience, Iran resorted to its legal rights stipulated in Article 26 of the JCPOA, which grants a party the right to suspend its contractual commitments in case of non-compliance by other signatories, and let go of some of the restrictions imposed on its nuclear energy program.

Now, the new US administration under President Biden, says it wants to compensate for Trump’s mistake and rejoin the deal, but it is showing an overriding propensity for maintaining some of the sanctions as a tool of pressure.