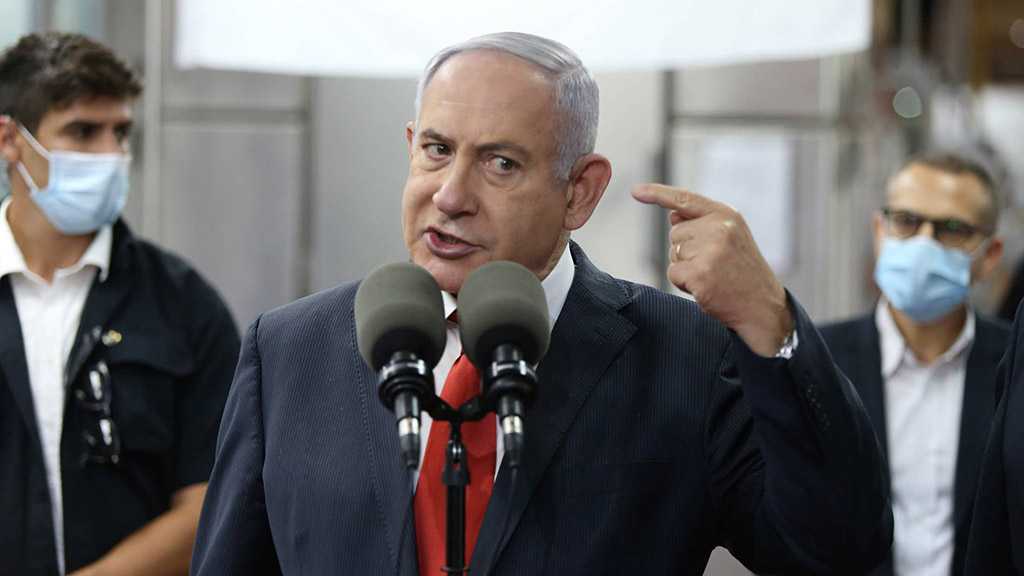 Opposition leader Benjamin Netanyahu blasted the new “Israeli” government on Monday for "abandoning people to death" by waiting too long before starting the Covid-19 vaccination campaign with the booster dose.

The former prime minister was addressing the Knesset plenum in al-Quds [Jerusalem] at the start of the winter session.

He claimed that the government "allowed" the deaths of more than 1,400 “Israelis” in three months during the delta variant outbreak.

He also maintained that the government "tolerates" Iran's nuclear activity, agreeing to coordinate military activity with the United States and refusing to oppose the potential resumption of a nuclear deal.

"Have you gone mad?" he said, attacking “Israeli” Prime Minister Naftali Bennett for not opposing the deal during his recent speech at the UN. "You accept it as a done deal," he added.

He also argued that the government is not acting adequately against Iran and Palestine.

"There is no leadership, no reaction, no decision, there is only public relations," he said, alleging that the media act as a spokesperson for the government.