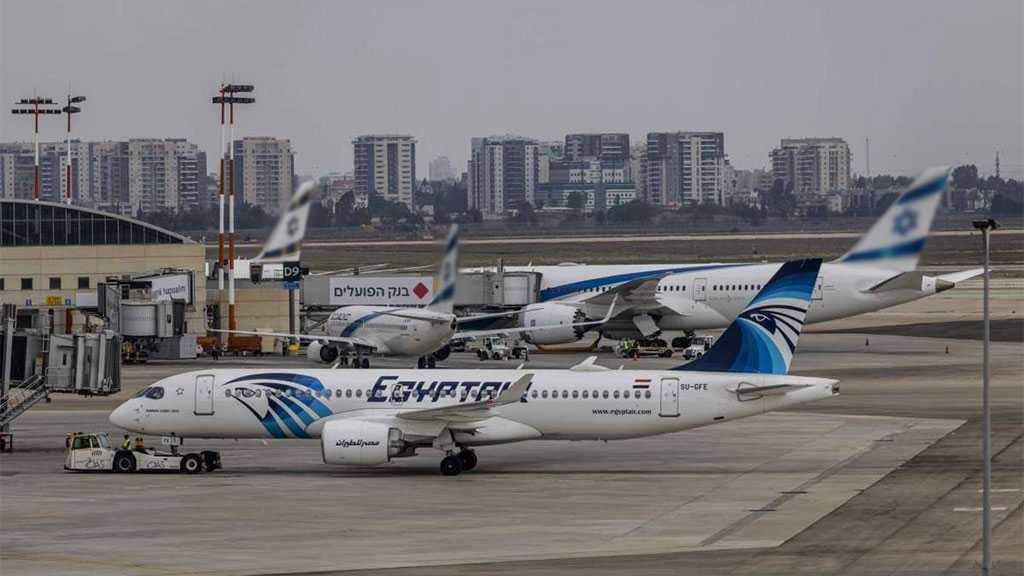 Egypt's first announced direct flight with the ‘Israeli’ entity landed at Ben Gurion Airport on Sunday as the Egyptian regime turns the mode of normnalization with the Zionist occupation entity on.

The state-owned flag carrier of Egypt is expected to fly the route four times a week, ‘Israeli’ media reported.

Previously, the only flights between Ben Gurion Airport and Cairo International Airport were operated discreetly by Air Sinai, a subsidiary of EgyptAir. The Air Sinai flights were unmarked without the Egyptian flag.

Air Sinai was established in 1982 under the terms of the 1979 ‘Israeli’-Egyptian so-called "peace" treaty which stipulated that there must be active civilian aviation routes between the two sides.

The visit marked the first time a Zionist PM has traveled to the country in more than ten years.