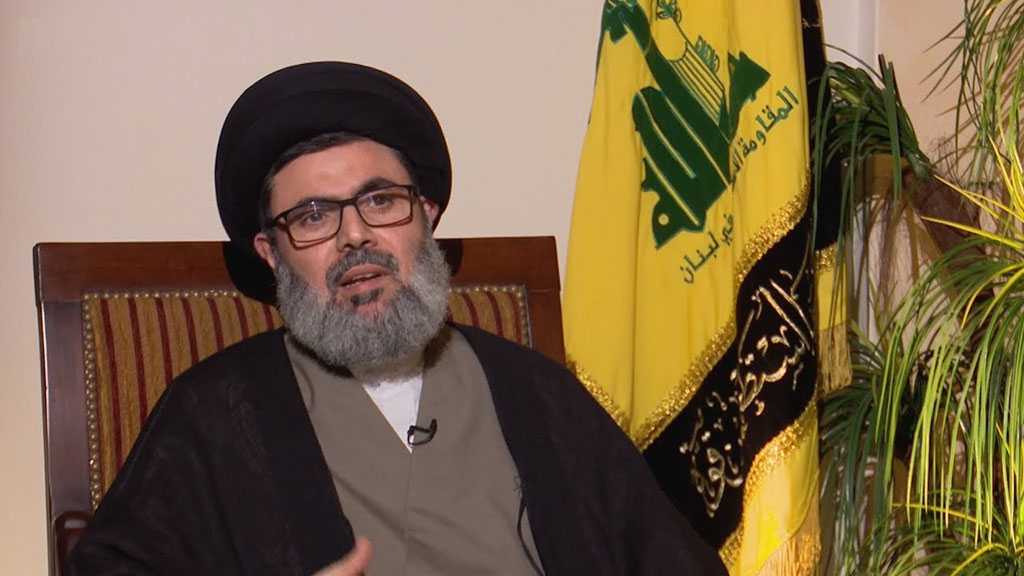 The Head of Hezbollah’s Executive Council, His Eminence Sayyed Hashem Safieddine, underscored that Iran's fuel shipments to Lebanon dealt a heavy blow to sanctions imposed by the US and its allies on the Arab country, but the resistance movement will double down with other measures.

“Fuel imports from Iran will not be the last step, as we have many other measures to take,” Sayyed Safieddine said at a ceremony in the southern Lebanese town of Bint Jbeil on Sunday night.

He said Lebanon is currently facing numerous crises and challenges, because it is now an integral part of the regional equations, but it needs to emerge victorious and dignified out of them and to move towards a new phase.

“We know that some Lebanese citizens are afraid of the word 'challenge'. Nevertheless, Hezbollah will stand committed to the protection of our country, our nation, and our future,” Sayyed Safieddine said.

"There is no way to strengthen Lebanon other than performing a leading role in regional equations. Any other initiative is worthless, and falls within the framework of capitulation and surrender to ‘Israel’s’ interests," he added.

Sayyed Safieddine said not only did the arrival of Iranian fuel shipments into Lebanon help solve the country's dire shortages, but it also showed the Zionist entity’s inability in maritime terms to stop Lebanon-bound oil tankers sent by the Islamic Republic of Iran.

The ‘Israeli’ enemy, he said, is not seeking a naval confrontation with Hezbollah, which would expose the weakness of its regime.

"They know very well that our missiles can strike the farthest point deep inside the occupied territories. ‘Israel’ is also aware of the fact that we can prevent any ship from docking in the port cities of Acre, Haifa and Tel Aviv or any other region in the occupied lands."

Tanker Trackers said on Friday that the third ship carrying Iranian gasoil or gasoline for distribution in Lebanon had entered the Gulf of Suez from the Red Sea. It identified the vessel as Fortune.

Last month, the first tanker trucks carrying Iranian fuel arranged by Hezbollah arrived in Lebanon, with the resistance group declaring that it had broken the "American siege."

Lebanon has been mired in a deep economic and financial crisis since late 2019. The crisis is the gravest threat to the country’s stability since the 15-year civil war ended in 1990.

The economic and financial crisis is mostly linked to the sanctions that the United States and its allies have imposed on Lebanon as well as foreign intervention in the Arab nation’s domestic affairs.

“[Hezbollah] is not looking to make a business out of this but wants to help ease the people’s hardships,” Sayyed Nasrallah said, adding that the rest of the Iranian fuel would be sold “below cost” to bakeries, private hospitals or companies that run private generators.