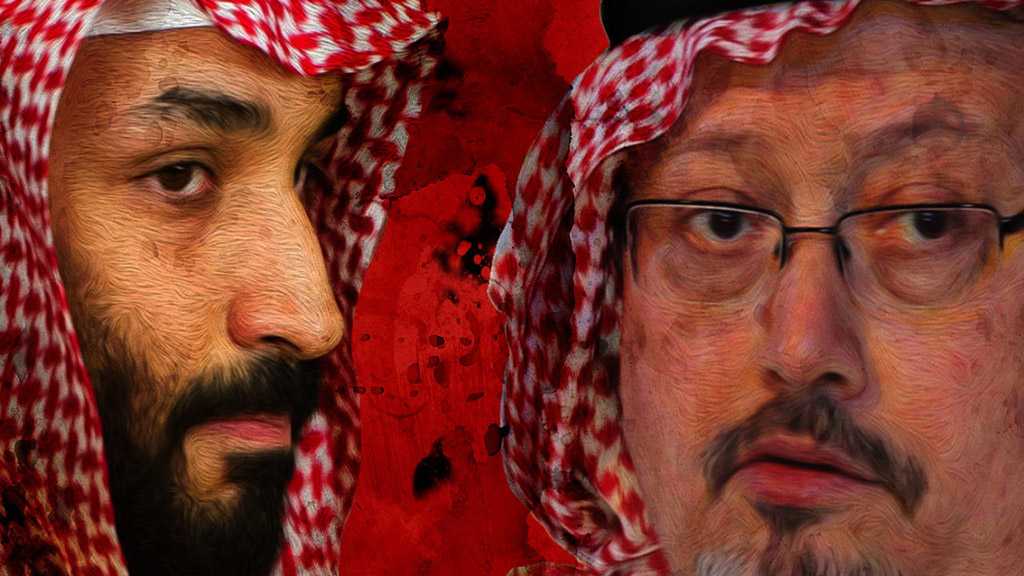 Less than two years ago, then-US presidential candidate Joe Biden answered “yes” when asked whether he would punish senior Saudi leaders for the killing of Jamal Khashoggi.

That, analysts say, is the latest example of Biden’s failure to follow through on his promise to seek accountability for the killing – and put human rights at the heart of United States foreign policy.

“This trip is really a slap in the face to all of us who have been advocating for justice for Jamal Khashoggi,” said Raed Jarrar, advocacy director at Democracy for the Arab World Now [DAWN], a group envisioned by Khashoggi and formally established after his death.

Relations between Riyadh and Washington are not as warm as they were under ex-President Donald Trump, who personally defended MBS amid widespread anger in Congress following the killing, and the Biden administration has taken some steps to shed light on what happened.

Earlier this year, the administration released a brief report on the US intelligence community’s assessment of the murder of Khashoggi, a Washington Post columnist who was killed and dismembered after going to retrieve paperwork at the Saudi consulate in Istanbul in 2018.

The findings were rejected by the Saudi government, which has blamed the murder on a crew of rogue officials. Eight unnamed defendants have been sentenced to between seven and 20 years in prison in Saudi Arabia for alleged involvement in the killing.

Saudi officials initially insisted that Khashoggi left the Istanbul consulate unharmed. More than two weeks later, the kingdom acknowledged the killing, but said it was the result of an unauthorized operation that took place without the knowledge of top officials.

The US report’s release renewed calls for Washington to hold the crown prince accountable, but the Biden administration decided against imposing sanctions on bin Salman, arguing that it sought to recalibrate – “not rupture” – ties with Riyadh.

Agnes Callamard, the former United Nations special rapporteur on extrajudicial killings, expressed disappointment in the Biden administration this week, saying “nothing much has changed” since the release of the intelligence community’s assessment.

In her own report for the UN in 2019, Callamard concluded that the Saudi government was ultimately responsible for Khashoggi’s killing.

Speaking at an event commemorating the anniversary of the murder on Thursday, Callamard said although those who commissioned the murder have yet to be brought to justice, rights activists and the UN probe have exposed them.

“We have certainly shattered their veneer,” she said. “In my view, the emperor is naked.”

Khashoggi’s murder came at a time when Democrats in Washington were already questioning then-President Trump’s cozy relationship with Saudi royals.

As Trump moved to protect Saudi Arabia’s top leaders from the fallout of the murder, Democrats and some Republicans in Congress pushed for accountability for the death of Khashoggi, who was a US resident and worked for a US newspaper.

As a candidate, Biden echoed that anger against Saudi Arabia. “Khashoggi was, in fact, murdered and dismembered – and I believe in the order of the crown prince,” Biden said in late 2019 on a crowded debate stage ahead of the Democratic primaries.

He pledged to make the kingdom “pay the price” for the murder and promised to end weapon sales to Riyadh. “There’s little social redeeming value of the present government in Saudi Arabia,” Biden said at the time.

But the fiery rhetoric did not translate into policy once campaigning stopped and governing began.

Nihad Awad, executive director of the Council on American-Islamic Relations [CAIR], said while the group applauded “the commitment of this administration and its promise to put human rights on the top of their agenda”, more needs to be done.

“As we see the brutality continue in the Middle East and around the world, we would like to remind this administration that its promise needs to be kept,” Awad said during Thursday’s event.

The White House National Security Council did not return Al Jazeera’s request for comment in time for publication.

The White House announced Sullivan’s trip to the Middle East late on Monday – the same day he met with MBS. The Biden administration has not released any details about the meeting, but Saudi Arabia confirmed the talks and said they centered on Yemen and other regional issues.

Since coming to office in January, the Biden administration has announced plans to end US support for the kingdom’s offensive operations in Yemen, where Saudi Arabia has been involved in a bombing campaign against the country’s Houthi rebels since 2015.

Amid mounting civilian casualties and a humanitarian crisis, US involvement in the Yemen war had become increasingly unpopular in Congress. Biden also paused some weapon sales approved by the previous administration and released the Khashoggi report.

But these measures were often accompanied by balancing acts, analysts have pointed out.

While the US says it is not involved in Yemen, it has reasserted commitment to the kingdom’s security, and anti-war activists say Washington is not doing enough to pressure Riyadh to lift the blockade on the war-torn country.

Meanwhile, in September the State Department approved a $500m helicopter maintenance deal with Saudi Arabia, and the US military in June held a joint exercise with Saudi forces.

Signs of a re-normalization of ties between Biden administration and Saudi officials emerged earlier this year as well.

Khalid bin Salman, MBS’s brother who was ambassador to the US at the time of Khashoggi’s killing, met top administration officials during a visit to Washington in July. Prince Khalid, who now serves as deputy secretary of defense, held talks with Sullivan, Secretary of State Antony Blinken and Pentagon chief Lloyd Austin, among others.

Imad Harb, director of research and analysis at the Arab Center Washington DC think-tank, said Washington is scaling back involvement in the Middle East, but it has not decided to fully leave the Gulf region, where Saudi Arabia remains a key player.

“So, they’re trying to see what works – so to speak,” he told Al Jazeera.

Harb said American policy is reverting to its pre-Trump days; namely, verbally supporting human rights but pursuing US interests. “The talk continues to be about rights and democracy and all that, but we are actually back to something the United States used to do – basically talk the talk and not walk the walk,” he said.

Against this backdrop, DAWN’s Jarrar said even though three years have gone by after Khashoggi’s death, advocates remain committed to getting justice for the slain journalist, no matter who is in the White House.

“Justice at this point looks exactly as justice looked three years ago,” Jarrar said. “We have to hold every single person behind the murder of Khashoggi accountable by using all of the tools in our toolbox – including sanctions, including lawsuits, including criminal proceedings.”