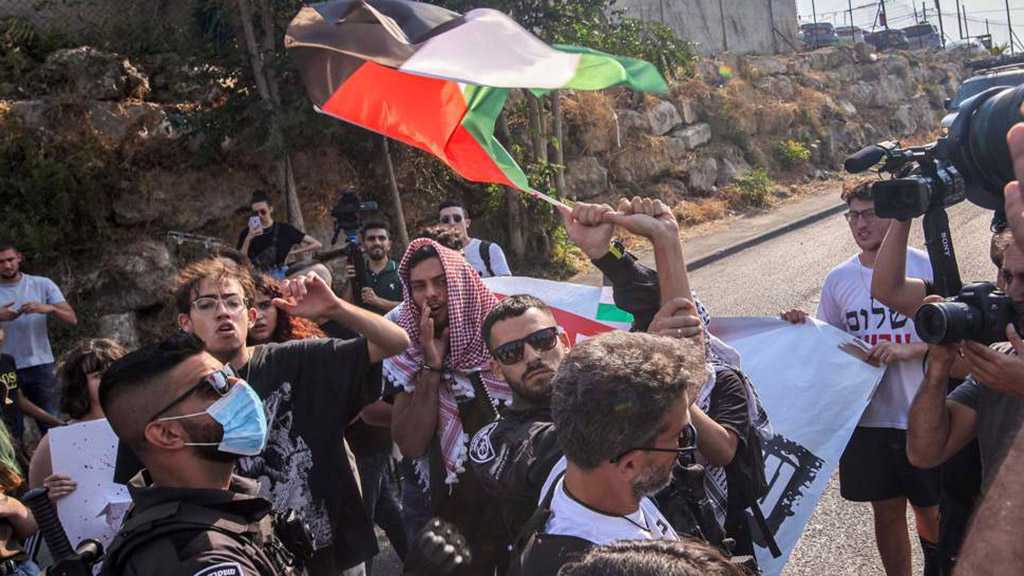 Dozens of Palestinians taking part in a weekly anti-settlement protest in the occupied West Bank were injured after the protesters were attacked by “Israeli” forces.

“Israeli” soldiers used live ammunition and tear gas to disperse the protesters in the town of Beit Dajan, near the West Bank city of Nablus, the Palestinian Information Center reported on Friday.

At least five Palestinians were severely wounded by rubber bullets, while 51 others suffered breathing difficulties due to inhaling tear gas during the clashes.

For several months, Beit Dajan has been witnessing clashes every Friday between “Israeli” troops and Palestinians protesting against the “Israeli” seizure of Palestinian land for the expansion of settlements.

Meanwhile, Palestinian youths managed to down an “Israeli” drone in the flashpoint town of Beita, south of Nablus, according to local Palestinian sources.

The “Israeli” drone was firing tear gas on Palestinian protesters in the town, the sources added.

Since May, Beita has seen intensified clashes between “Israeli” forces and Palestinians protesting against a settlement outpost that has been recently established on Sobeih Mountain by settlers under the protection of “Israeli” forces.

The Palestinian Red Crescent also announced that at least 90 people sustained injuries during clashes in Nablus.