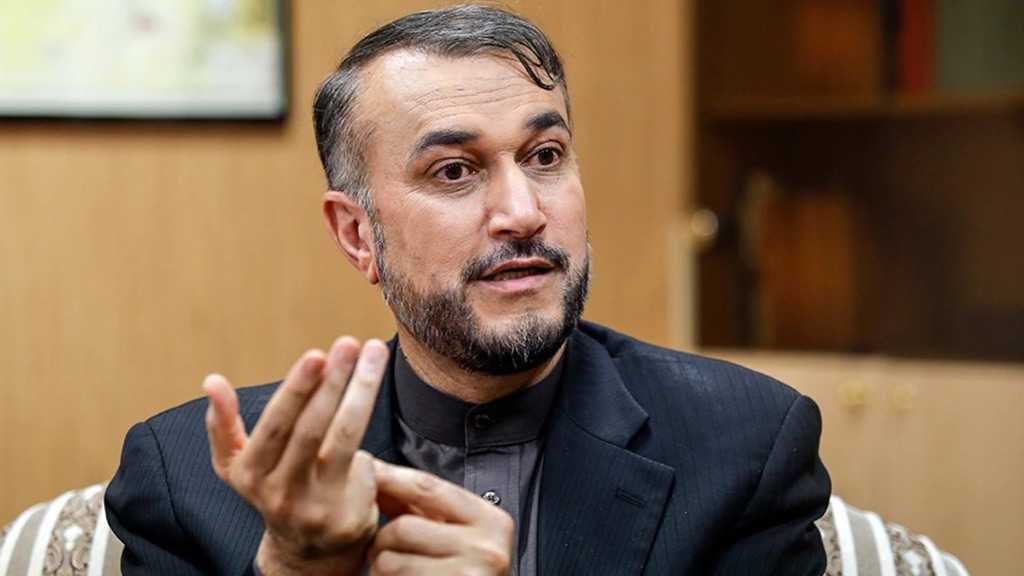 “The Bahraini government’s welcoming of the foreign minister of the fake Zionist regime is a blatant betrayal of the oppressed and resilient Palestinian people’s cause,” Iranian Foreign Minister Hossein Amir Abdollahian said in a post on his official Twitter account on Friday. He added that Iran only recognizes one country named Palestine with al-Quds as its capital.

The top Iranian diplomat expressed confidence that the presence of the “Israeli” entity in the region would result in nothing but insecurity for Bahrain and the entire region.

Lapid arrived in Bahrain on Thursday to open the Israeli embassy in Manama and sign cooperation deals with the Arab country. He met Bahraini King Hamad bin Isa Al Khalifa and Crown Prince and Prime Minister Salman bin Hamad Al Khalifa. Lapid’s visit to Bahrain is aimed at advancing the US-pushed normalization deals between the entity and a number of Arab countries, including the United Arab Emirates [UAE], Bahrain, Sudan and Morocco.

In a statement on Friday, Iranian Foreign Ministry Spokesman Saeed Khatibzadeh said Bahrain’s “despicable” welcoming of the “Israeli” minister is at odds with the will of the Bahraini people, stressing that the visit left an “un-removable stain” on the reputation of the rulers of the Gulf country.

Bahraini protesters on Thursday staged nationwide rallies to express implacable opposition to the visit. The demonstrators poured into the streets of the capital Manama to protest Lapid’s visit as they carried banners in condemnation of normalization with Tel Aviv, and set ablaze “Israeli” flags in rejection of the trip.