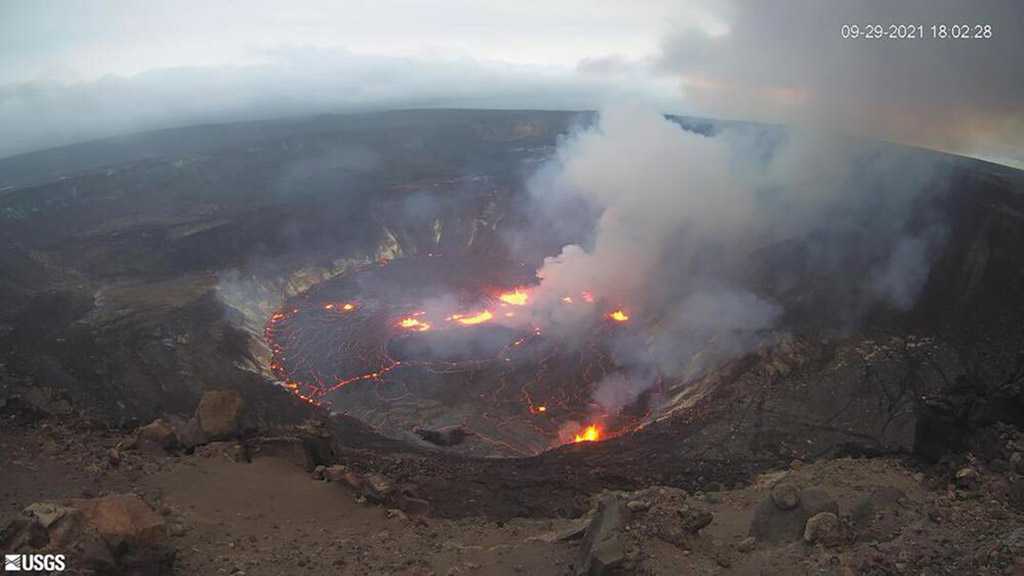 A “warning” has been issued on Hawaii’s Big Island following the beginning of an eruption at one of its most active volcanoes: Kilauea.

According to the US Geological Survey, the eruption was first detected on Wednesday at the Kilauea Halema’uma’u crater, at its summit caldera, located in the Hawaii Volcanoes National Park.

The aviation code around the territory has been changed to red following the beginning of volcanic activity.

Webcam imagery and photos from the scene show lava flows rising out from the surface of a crater and touching upon the lava lake that was formed during its previous activity that lasted until May 2021.

The Kilauea’s “watch” status was raised to “warning” 10 minutes before the eruption began, according to the advisory.

The eruption is not near any residential areas and it isn't believed that the activity poses any threat to homes, but it is still being closely monitored by authorities.

Kilauea had a major eruption in 2018 that left 24 people injured and thousands of residents displaced as their homes were destroyed by lava and sediments.

Some minor activity was reported at the volcano in August, following another small but prolonged eruption that was running from December 2020 until May this year.

A spokeswoman for Hawaii Volcanoes National Park told the Associated Press that the currently affected area was not open for hiking or driving.

The park remains open for visitors at the moment and no road closures have been announced so far.