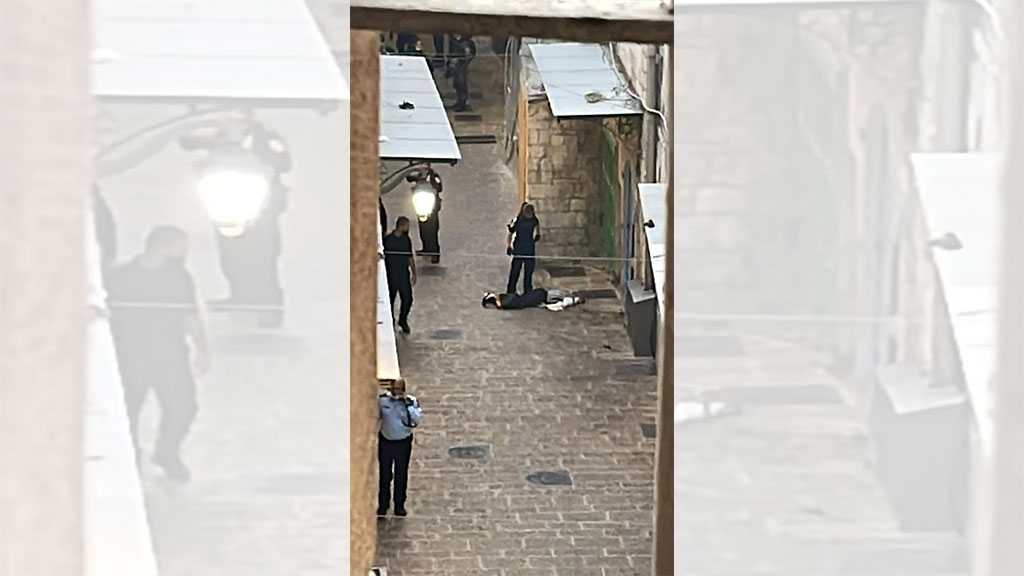 A Palestinian lady died on Thursday morning after being shot be ‘Israeli’ occupation bullets at the Chain Gate, one of al-Aqsa Mosque’s gates.

The Zionist occupation police claimed that the lady attempted to stab an ‘Israeli’ officer before she was shot, adding that the martyred lady is from the town of Qabatiya in Jenin.

According to local sources, martyr Israa Khuzaymiya [30 years old] is a mother of three.

In the same context, the sources noted that the ‘Israeli’ occupation forces closed the al-Aqsa Mosque, al-Amoud and al-Asbat Gates after opening fire at the martyred lady, and banned Palestinians from going to their homes in the Old City in al-Quds.