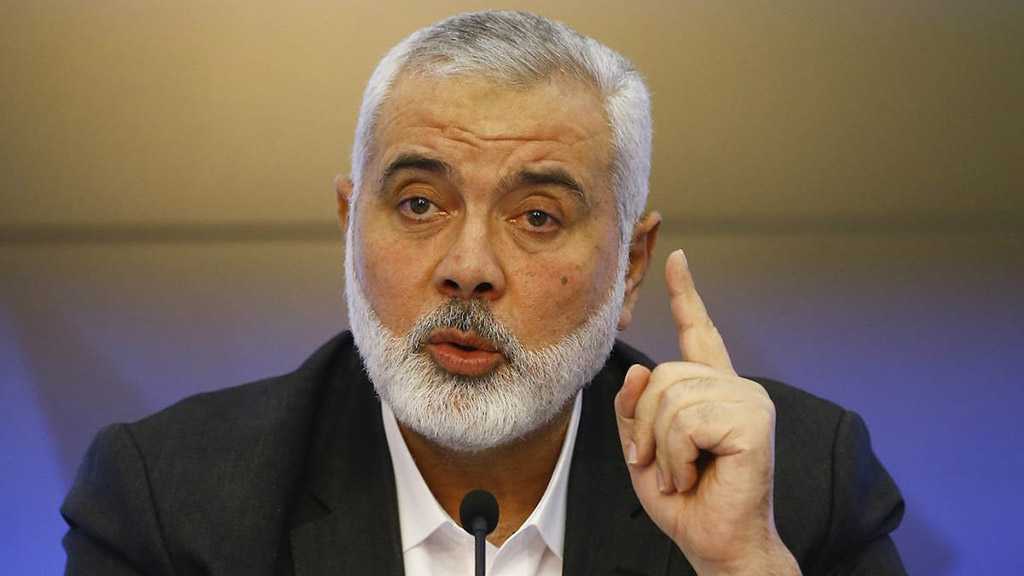 Ismail Haniyeh, who made the remarks on Wednesday, said the duo did not even brook formation of a Palestinian state based on the 1967 borders, Turkey’s official Anadolu news agency reported.

The “Israeli” regime overran huge swathes of regional territories in a heavily Western-backed war in 1948 before claiming existence. In 1967, it staged a similar military campaign, capturing more such territories, including the occupied West Bank and the besieged Gaza Strip.

The regime was forced to withdraw from Gaza, where Hamas is headquartered, in 2005. It, however, has been keeping the territory under a crippling siege and constant military attacks.

“Their [Biden and Bennett’s] choices concerning the issue of occupation are not going to change much,” Haniyeh predicted.

The United States too would refuse to effect any changes in its policy of outright support for the “Israeli” regime, he added, attributing this to the “interconnected” nature of Washington and Tel Aviv’s interests.

Separately, Haniyeh turned to the issue of the 2020-present US-facilitated trend of normalizations between the “Israeli” regime and some regional Arab states.

Some Arab states tie their legitimacy to the US, and believe that “the road to America goes through Tel Aviv,” the Hamas’ official was quoted as saying.

“This approach, however, does not reflect the truth,” he said, adding that the decision by a handful of states does not mirror the opinion of the world’s Arab peoples.