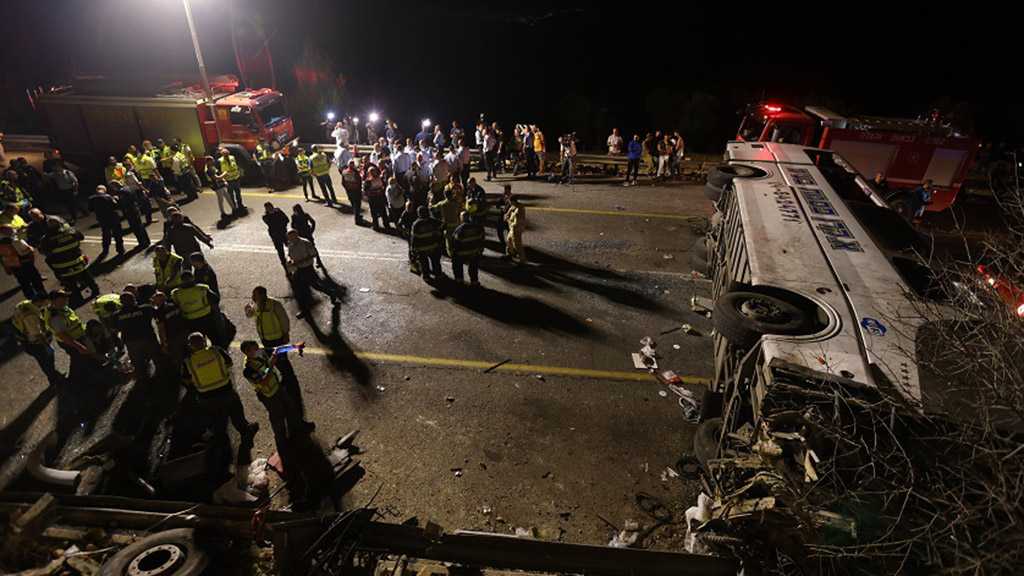 The crash, which involved a private vehicle and a van, took place along Highway 89.

An additional fifth death was later announced, the bus driver, who was identified as 76 year old Asher Basson.

The bus struck the van before hitting the car, then overturned on the highway three times.

Aside from the driver, the majority of passengers onboard managed to escape safely.

Video from the scene shows the taxi and the van were both heavily damaged in the collision.

"We felt that the bus accelerated for an unknown reason, and then we rolled over three or four times," a counselor detailed to The Jerusalem Post.

After the crash, around 48 victims were evacuated by emergency services to receive additional medical treatment in the north, with two children relocated by helicopter.

“Our volunteers who are part of the Emergency Room Relief Project have gathered and are assisting with the reception and triage of patients in Ziv Hospital, The Galilee Medical Center in Nahariya and Rambam Hospital in Haifa,” a volunteer from United Hatzalah explained.

The bus was carrying children on their way home from an excursion, and sources report that their parents have been informed of the crash.