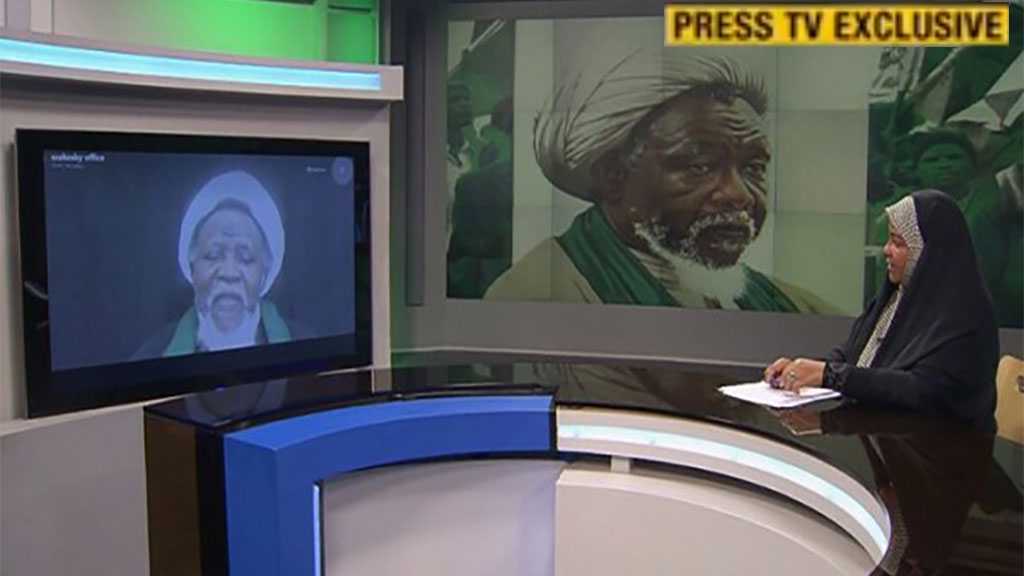 Leader of the Islamic Movement of Nigeria [IMN] Sheikh Ibrahim Zakzaky said in an exclusive interview with Iran’s Press TV that the Shia Muslims are fighting against oppression, adding that commemorating Arbaeen will continue in the African country.

Press TV interviewed the Secretary General of Islamic Movement of Nigeria on Wednesday during which he discussed the situation of Shia Muslims in Nigeria and their struggle against oppression and tyranny.

Sheikh Zakzaky said that “The Nigerian people will choose the Islamic government if they have the right to vote.”

He said he was sure that the Nigerian people would elect an Islamic government if they had the right to vote.

On the latest attack on the Arbaeen mourners in Abuja, Sheikh Zakzaky said dozens of marchers were killed or wounded.

Meanwhile, he said that the Nigerian security forces took away some of the casualties, so he said that he could not give an exact number of casualties.

It is not yet clear how many people were martyred during the Arbaeen procession yesterday and the day before yesterday in Abuja, the Sheikh said.

On the previous attacks on Shia Muslims in Nigeria, the IMN Secretary-General said that the court gave them the right to claim damages, but so far they have not been compensated.

He stressed the right to hold the Arbaeen mourning procession, saying that their Islamic movement in Nigeria is completely peaceful in line with the teachings of Imam Hussein [AS].

“The victory of blood over gun,” he noted adding that the Shia Muslim in Nigeria are fighting an ideology.

“Their weapons are boosting our morale and because Islam will come out victorious.”

He blasted the oppression against the people of Nigeria and said that the country’s Shia Muslims are asking for justice.