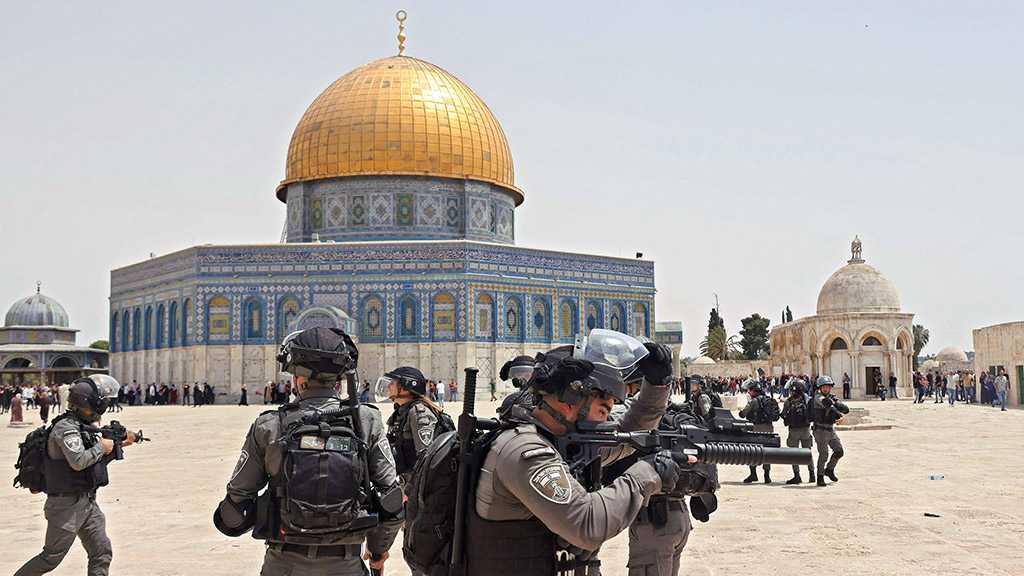 Al-Quds International Institution asserted that the al-Aqsa Holy Mosque has entered a critical stage of identity obliteration as Jewish rituals are being imposing there.

The international institution considered that the responsibility of defending al-Aqsa implies urgent duties on the people of al-Quds and the occupied land as well as the Resistance and Arab and Muslim nations.

The institution pointed out that the al-Aqsa Holy Mosque has witnessed throughout the current Jewish holiday season an unprecedented assault since its annexation in 1967. That’s because extremist “temple” groups and the occupation regime are moving forward in implementing the agenda of the “morally founding the temple” by imposing Jewish rituals in al-Aqsa.

“Today, our duty is to transport our cry to the Arab and Muslim countries and their vital forces that al-Aqsa Mosque has entered a stage of identity obliteration, and the battle over al-Aqsa is a battle of existence, either we are in it or not. This requires us to direct the interest and energy towards defending al-Aqsa and to bear responsibilities towards it in such a practical way that surpasses statements and verbal stances”, the institution added.

The international institution appealed to the stationed people, al-Quds residents and the citizens of the 1948 occupied territory and the West Bank, saying that al-Aqsa has become vulnerable more than ever before. “But your will has proved with real evidence that it’s louder and sharper than any linebacker to be resorted to in defending al-Aqsa, for you are the owners of the five holy blessings that had always stopped the enemy from  going too far”, it added.

It further said, “It’s your persistence and defense of al-Quds and Sheikh Jarrah neighborhood that called to action the other elements of strength and deterrence in the blessed Operation al-Quds Sword”.

The institution also urged them to “renew their determination and keep their pledge to al-Aqsa, for the nation and Allah Almighty are with them, and al-Aqsa was the trigger of conflict for the last three decades, and it seems it will remain this way until it becomes the trigger for the battle to freedom, God willing”.

It also called upon the resistance everywhere to set a political and military strategy that places the attack on Al-Aqsa in the heart of the escalation and appeasement equation within the available resources.

“The 19-day-period of the cease of incursions to al-Aqsa Holy Mosque, achieved by the Operation al-Quds Sword, was the longest period of incursion cessation since 21/8/2003. It made the occupation think twice about repeating incursions and the extent of attack, fearing the repercussions of the response”, it added.

It stressed that “the responsibility for al-Aqsa being a Muslim sanctity rests on the shoulders of the nation with all its peoples and generations. Its safety and liberation is our responsibility, as is maintaining Christian sanctities and the Arab identity of al-Quds.”

It added, “We call for the popular movements and groups to consider the safety of al-Aqsa and al-Quds as their priority and center of attention, and never allow to let such a blatant attack go unnoticed without a popular, effective movement against it.”