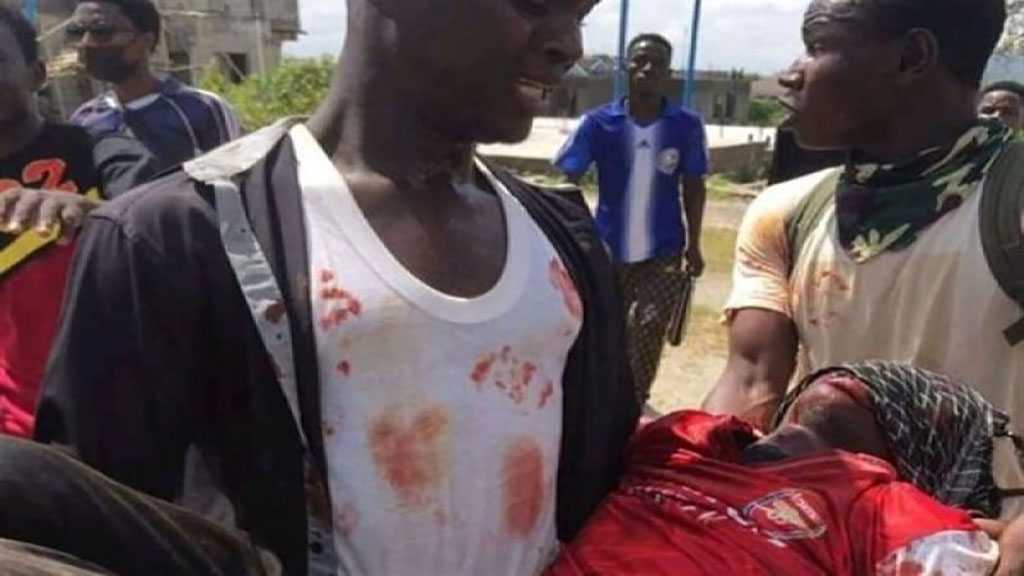 Arbaeen 2021 was a busy day in Nigeria. Innocent and defenseless Arbaeen Walk Mourners were violently attacked by the bloodthirsty extremists in power.

Yesterday was Arbaeen, a day earmarked to commemorate the 40 Days Anniversary of the Martyrdom of the beloved Grandson of Prophet Muhammad [PBUH], Imam Hussein [AS]. We had hoped it will end peacefully but that did not happen.

Eyewitnesses said a combined team to heavily-armed soldiers and police opened fire with live ammunition on unarmed Shia civilians on a religious gathering. Those that survived and were captured were viciously stabbed with daggers and left to bleed to death. The video has gone viral.

Yesterday’s brutal and inhumane slaughters are part of the Saudi-sponsored Shia Genocide agenda in Nigeria. Thousands of innocent Shia civilians have been slaughtered by bloodthirsty savages using the Nigerian army and police.

The genocidal Buhari regime should immediately release the dead bodies of the eight glorious martyrs to their families for proper Islamic burial. And the dozens injured should be taken to hospital for proper medical treatment.

It is important to note that more than one hundred million Shia Muslims around the world matched yesterday for the Arbaeen but only Nigeria recorded attacks on #ArbaeenWalk Mourners. This underlined the extreme wickedness, monstrous savagery and barbarism of the BokoHaram/Al-Qaeda terrorists in power in Nigeria.