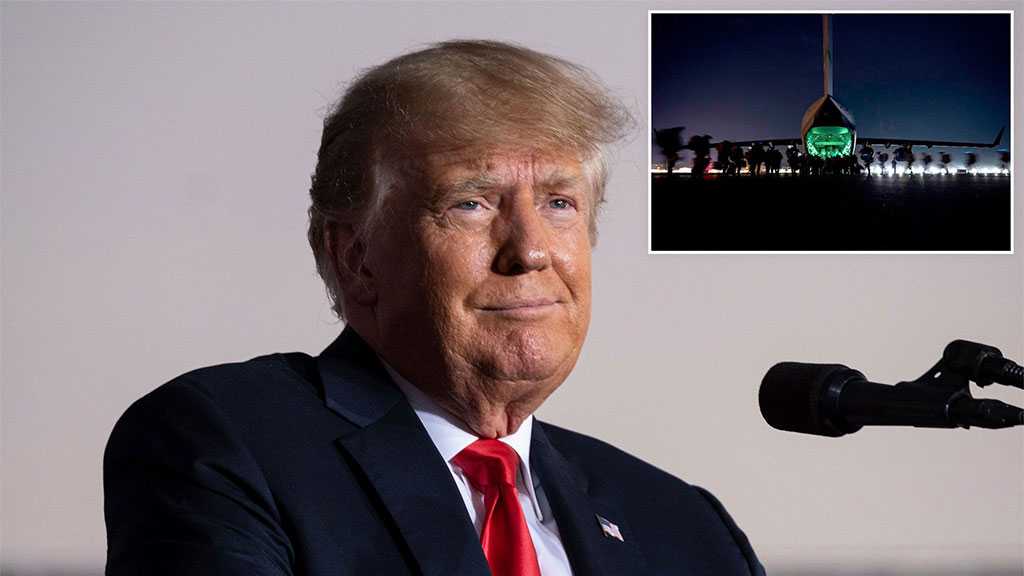 Former US President Donald Trump said on Tuesday that his country’s withdrawal from Afghanistan last month was "developed by a child’s mind," according to statements issued to the media via email.

Earlier in the day, two top military officials and the war secretary confirmed that President Joe Biden was advised to keep at least 2,500 troops in the country to prevent the Taliban from overrunning the Western-imposed government.

Biden purportedly ignored the advice, given that he said he did not recall such warnings from his generals.

Trump said such a "botched and embarrassingly incompetent withdrawal from Afghanistan had nothing to do with past administrations or things that happened ‘from 20 years ago,’ [other than we should not have been in the Middle East in the first place!]"

In his Tuesday testimony, War Secretary Lloyd Austin justified the pullout before the Senate Armed Services Committee, arguing that retaining forces in Afghanistan past the end of August "would have made it even more dangerous for our people, and would not have significantly changed the number of evacuees we could get out."

Trump claimed that the Taliban was "held at bay" at the time he stepped out of the White House in January.

In another statement, according to The New York Post, Trump directed his vengeance at Milley, the chairman of the Joint Chiefs of Staff, especially in light of the general confessing to being interviewed for three books detailing the final weeks of the Trump administration.

The former president also compared Tuesday's hearing with the continuing investigation by a House select panel of the events surrounding the mayhem that took place at the US Capitol on January 6.

Trump, who concluded the peace deal with the Taliban in February 2020, has repeatedly slammed the rather hectic summer US troop withdrawal from the war-torn country.

He has repeatedly slammed the early abandonment of the military airport in Bagram, the chaotic evacuation of American citizens and collaborators from the country through the Kabul airport, as well as the fact that most of the military forces left the country before civilians, explicitly saying that the government should have taken "the military out last, after all of the people are out."

A cease-fire deal signed by the Trump administration in February 2020, according to Biden, tied his hands. Trump and several members of his administration, notably former VP Mike Pence and Secretary of State Mike Pompeo, have contended that the cease-fire maintained a stalemate in Afghanistan and kept the Taliban confined to its areas.