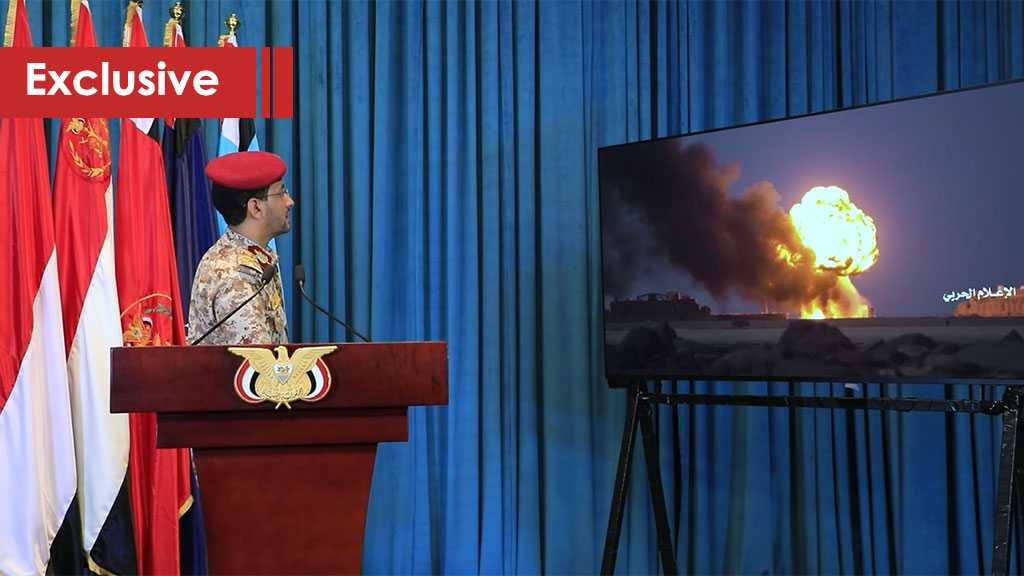 Amid the important battle of Marib province taking place in Yemen and with the ultimate support given from the Saudi-led coalition for all its proxies on the ground, the spokesperson of the Yemeni Armed Forces Brigadier General Yehya Saree on the 17th of September announced the liberation of 8 provinces out of 14 in Marib, with an estimated 1600 kilometers of Yemeni lands, in an operation dubbed the battle of intense bravery.

The immense natural resources plunder under the authority of the Saudi-led coalition proxies taking place, has made the battle of Marib one of the most important, as all the resources of natural gas and oil valued in billions of dollars were illegally exported out of the Yemeni lands, in which neither the government nor the people are benefiting of their own assets.

Saree stated that the operation took months to be completed, exactly starting on the beginning of the 5th anniversary of the war on Yemen, adding that several military sectors integrated in all the operations, with more than 161 missile launches and 319 drone strikes on the opposition gatherings and camps.

The Armed Forces, in cooperation with the Marib tribes, were able to liberate the districts of Medgal and Magzar on the north east of Marib city, within a geographical area equivalent to that of the coastal city of Jeddah.

An exclusive source at the Minister of Defense in Sanaa with a special statement for al Ahed News on the strategical importance, stated that this major operation with its gains on the ground, defeated the first lines of the mercenaries and dropped the dreams of invaders to threaten Sanaa again, and while it paved the way for the progress towards the two administrations of Rahba and Mahala, which were recently liberated within the third phase of the Lucid Victory Operation, it enabled the Armed Forces to get closer to becoming in direct contact with the city of Marib.

Moreover, and before days ago, the Armed Forces announced the complete liberation of Al-Bayda governorate, as established by Operation Dawn of Freedom, a process in which the Armed Forces completed the liberation of the remaining areas of al-Qaeda and Daesh [Arabic for ‘ISIS/ISIL’] years ago, specifically in the directorates of Al Sawmaah, Masura and parts of the Directorate of Makiras within a geographical area estimated at 2700 kilometers.

The great field achievement came as an episode in a series of major operations in al-Bayda province rolled from the Qaifa and Wickla districts northwest of the province to the south and southeast of the province from the directorates of Zaher and Nataa, all the way to the Al-Sawmaah and parts of Abyan.

In just one year, the Armed Forces supported by Al-Bayda province tribes, have scored major proud achievements against al-Qaeda and ISIS elements, the importance of this operation is that it opens new paths towards al-Qaeda and Daesh in Marib gatherings and other provinces under the authority of multinational occupying forces, and to drop the bets of the coalition of aggression against takfiri groups after its bets have fallen on local and foreign mercenaries alike.

As a result of the operation, 70 terrorists and mercenaries were killed and 120 injured, while 40 were captured. Ten armored vehicles were also destroyed, large military equipment was seized, as well as seven takfiri camps were taken over. Above all, one of the most important consequences of Operation Dawn of Freedom was the liberation of a number of citizens detained by the takfiris.

The significant turning point in Marib and al-Bayda took place earlier, made things closer to a full liberation to the battle that the Armed Forces in Yemen with the help of the tribes, are looking forward to finalize and complete, taking in consideration the result of the won battles, and the battle several military officials made a clear hint at, which might occur at the proper time and place.