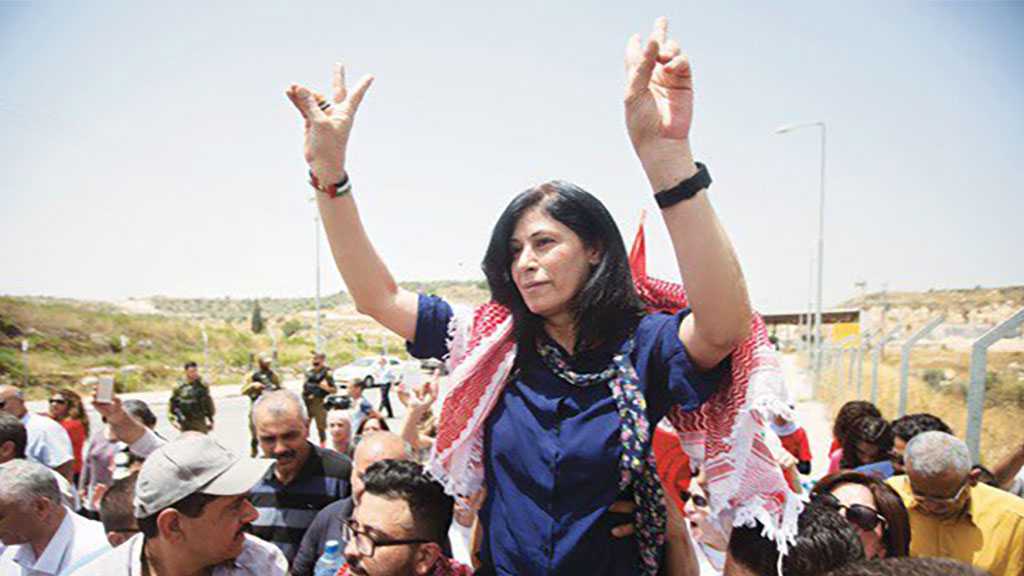 The Zionist occupation regime released Palestinian legislator Khalida Jarrar, a senior member of the Popular Front for the Liberation of Palestine [PFLP], after two years in detention.

Jarrar was elected in 2006 to the Palestinian legislature as a PFLP representative. She has long been a well-known PFLP politician, focusing on women’s rights and the affairs of security prisoners in ‘Israeli’ jails.

Jarrar was held for over a year without trial in prison under the so-called ‘administrative detention,’ primarily used against Palestinians, in which Zionist occupation forces detain suspects for months at a time without charges.

Jarrar was ultimately convicted in March of belonging to the PFLP. She received two years in jail and a fine as part of a plea bargain, with most of her sentence already having been served as ‘administrative detention’ in the run-up to her trial.

Jarrar’s daughter Suha died in July while her mother was in prison, leading some Palestinians to call for a furlough in order for her to attend her daughter’s funeral.

The Zionist regime, however, did not approve her request, and Jarrar watched her daughter’s funeral on television.

Jarrar is a well-known campaigner on behalf of Palestinian prisoners. She directed the prisoners’ legal assistance nonprofit Al-Dameer from 1994 to 2006, when she was elected to the Palestinian legislature.

She has spent several periods behind ‘Israeli’ bars, some of it in ‘administrative detention.’