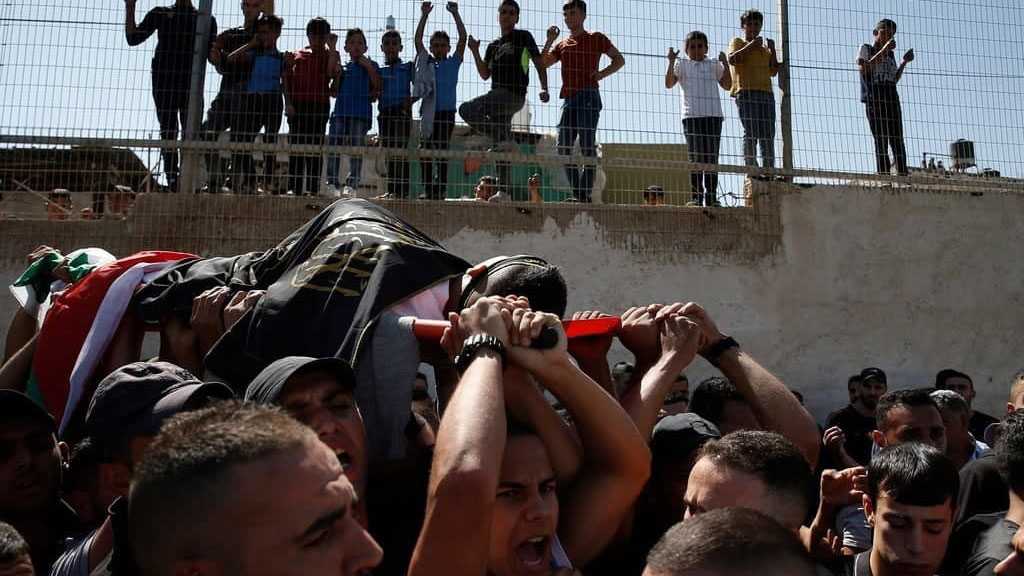 The occupied West Bank bade farewell to five of its young heroes who were shot dead by ‘Israeli’ occupation troops after intense confrontations that erupted in at least four towns following overnight arrest raids.

According to official Palestinian news agency Wafa, Zionist military forces stormed the northern town of Burqin near al-Quds in the predawn hours of Sunday, and surrounded a home before breaking in and detaining its owner. The detainee was identified as Mohammad Zirini.

One of the two Palestinian martyrs was identified as 22-year-old Osama Yaser Soboh.

On Saturday night, the occupation regime’s undercover forces kidnapped two young Palestinian men from their car in a fuel station near Jenin.

Furthermore, three Palestinians were shot dead by the Zionist forces in an attack which targeted a house in the village of Biddu.

Witnesses told Wafa that ‘Israeli’ occupation military troops surrounded the building and fired gunshots and grenades at it. Loud explosions were heard during the raid.

Tensions have been rising in the occupied territories following the heroic escape of six Palestinian detainees from high-security Gilboa Prison earlier this month.

The six heroes tunneled their way out through their cell’s drainage system, dealing a serious blow to the Zionist regime’s prestige through bringing the condition of Palestinian prisoners to international attention even though they were rearrested later.