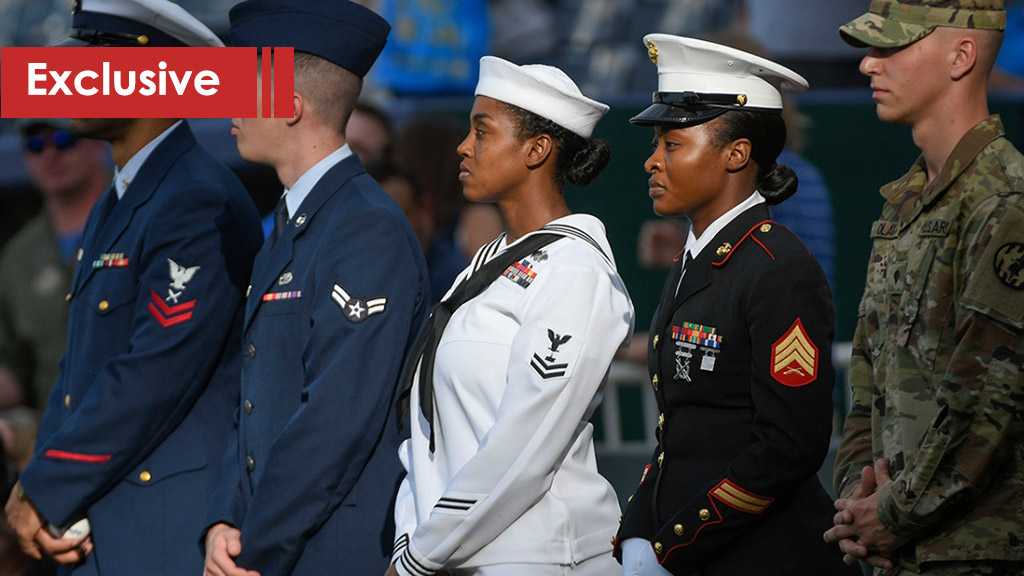 A recent study by the Pentagon showed a decrease in the rate of Americans enlisting in the armed forces – only 2% of all Americas in the past two years. The study further revealed that the percentage of US troops of color or coming from minorities is remarkably declining, as the interest of black people in joining declined from 20% in 2019 to 11% the next year, to reach 8% in the fall of 2020. The study attributed the results to the rise of racism and the use of violence by security forces against the protesters, in addition to the murder of George Floyd – an African-American – which had repercussions on the entire American society.

First and foremost, the US Air Force acknowledged the reluctance of troops in joining its ranks, especially among minorities. There is concern regarding the decrease of a younger generation of troops in enlisting not only in the Air Force but also at other military arms. This, in addition to the risk of the long-term retention in the posts of others in the armed forces, especially those “in the ranks of the black males, Hispanics, and women, too”.

In fact, such a study conducted by the Pentagon can’t be considered as normal or be taken for granted since as per US laws and regulations, the results of any study on an important and sensitive sector, such as the army should be published. But the repercussions of this study suppose that the results should be somehow confidential, for this topic has considerable effects on the cohesiveness of the US army, and thus on the society and the state in general.

The cohesiveness of the US army – as the case of armies in most countries – reflects the cohesiveness and situation of the state as a whole. Even more, the US army might be the first internationally within this equation, since it is assigned big missions, most of which are overseas [with more than 800 military sea, land, and air bases outside the country]. Such missions are spread and located all over the world and sometimes relocated, for the so-called purpose of protecting US interests and allies as well as maintaining American national security. Therefore, to face such a big problem in the US army [the increase of racism, for example] has tremendous effects on both, the American national security and on the status of the US in the world.

What does it mean when racism increases in any army? How does it affect the efficacy of this army, and thus its capability of carrying out its missions and properly playing its role?

Talking about racism in a certain army means that there is an outcast, unwelcomed category or group in this army, with which the other group cannot get along. It also means that trust is lacking between the two groups or among the members of each group. With this in mind, how would it be possible to appropriately lead such a military unit in order to accomplish a common mission? How would this leadership be achieved, as it requires a concerted effort and focus of all its elements to attain the bottom-line effectiveness needed to successfully fulfill the goal?

Of course, with the spread of racism that implies a superior view, disgust and mutual hatred, it is normal to have trust issues between the officers and the employees, on all the ordinal levels, if they are of different colors or ethnicities or cultural and religious beliefs, and the like of the racism-inciting points. Accordingly, where there is racism, there will be an abnormality in the cohesiveness of any military unit, especially when this unit is assigned an extraordinary or dangerous mission. This being said, distrust among its members will grow, along with the possibility of treachery and evasion of responsibility, in addition to allocating the risk to a certain party by the operational and administrative heads.

That’s in general. As for the US army, with its transcontinental nature and sensitive missions that are usually assaults and invasions [we have previously shed light on this situation in most of the wars involving the US, where its troops are fiercely confronted by the troops of the targeted or assaulted countries and by resistance movements, as in Vietnam and Lebanon, and recently in Iraq and Afghanistan], the casualties have significantly surpassed the reasonable or the average extent due to the shaken trust between the members and officers, especially when carrying out overseas operations and missions.

Consequently, we can say that a great deal of the US army’s overseas failures can be attributed to this abnormal, unhealthy phenomenon. Apparently, it has always existed historically in this army, but it wasn’t exposed to the extent it’s been recently, in the aftermath of the murder of the African-American George Floyd and its disastrous repercussions on the US society. The danger of this phenomenon entails the close bond between the US community and army, as the latter is considered the first worldwide with respect to capabilities, and the second after the Chinese army with respect to personnel [more than one million members and officers]. The reciprocal influences between this army and the community are huge and tremendous, which will certainly have a direct effect on the coherence of the state and the system.