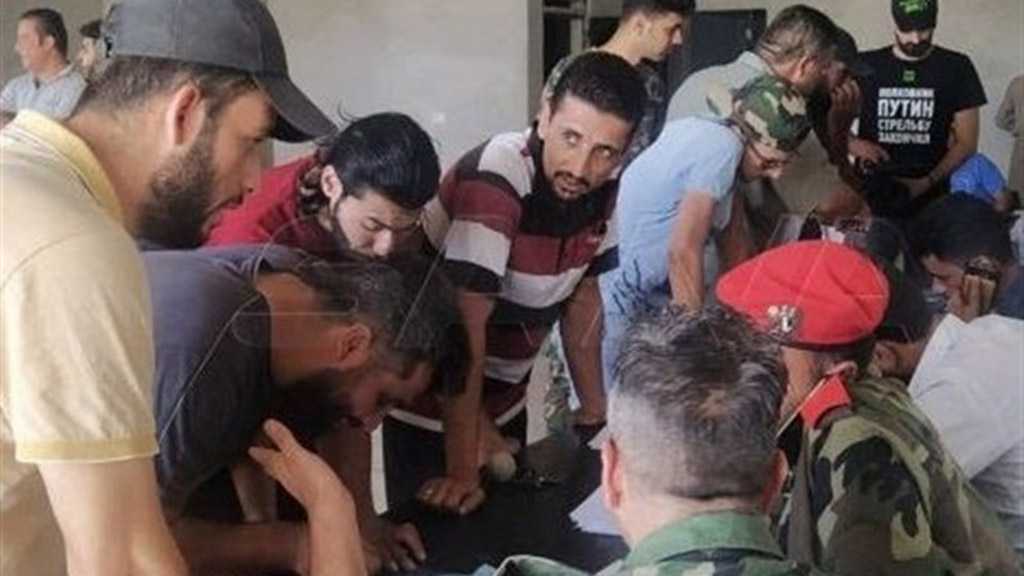 In a bid to get rid of terrorist remnants in southern Syria, the Army has entered several towns in Dara’a province, where militants handed over their arms under a truce agreement proposed by the government last month.

Units of the Army entered the towns of Tal Shihab and Zaizoun on Thursday, official SANA news agency reported.

In the town of Da’el, the status of dozens of militants, wanted men, and military service deserters was settled, and weapons were handed over to the Syrian Army, it said.

The town’s residents expressed satisfaction with the launch of the process to settle the status of militants and their return to normal life.

Nashat al-Hariri, head of Da’el City Council, told SANA that the settlement is the way for citizens to return to normal life and daily work, and to restore security and stability to Da’el.

In addition, the Syrian Army opened main and secondary roads in Daraa and the army’s bulldozers removed debris from the area.

The establishment of full government control over Daraa is highly important since the province borders the “Israeli”-occupied Golan Heights which the Tel Aviv regime has used to treat wounded terrorists fighting against the Syrian government since 2011.

The territory’s return to the Syrian government’s control could sever collaboration between the “Israeli” entity and the militants and accordingly deal a blow to Tel Aviv’s plans to annex the Golan Heights.

Since 2011, Syria has been gripped by foreign-backed militancy, leading to the emergence of the Wahhabi Daesh [Arabic acronym for “ISIS” / “ISIL”] and other terrorist groups in the country.

The US has also been maintaining an illegal military presence on Syrian soil, collaborating with militants against Syria’s legitimate government, stealing the country’s crude oil resources, bombing the positions of the Syrian army and anti-terror popular forces, and imposing crippling sanctions on Damascus.

In spite of the withdrawal of American troops from Afghanistan last month, the US presence in Syria has largely remained the same this year, with nearly 900 troops still present in Syria.

On Thursday, reports said US Congressman Jamaal Bowman has introduced an amendment to the annual defense spending bill that would stop funds from being used to continue Washington’s military presence in Syria.

The amendment would prohibit funds out of the National Defense Authorization Act [NDAA] from being used to continue American military operations in the country without congressional approval.

The amendment has been supported by Congresswomen Rashida Tlaib and Jan Schakowsky and Congressmen Ro Khanna, Peter DeFazio, Ritchie Torres and Steve Cohen.

“Too many Syrian lives have been lost as a result of disastrous US policy, but President Biden has an incredible opportunity to demonstrate leadership once again on the global stage,” Bowman said in a statement.

“I urge all of my colleagues to join me in supporting this amendment and ending the US military’s intervention in Syria as quickly as possible.”