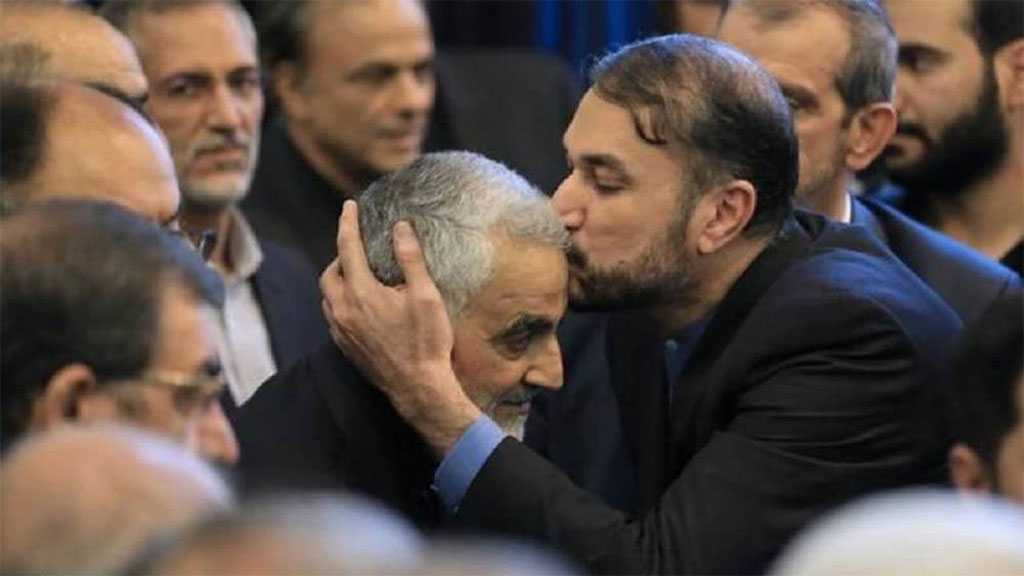 “The assassination of Martyr General Soleimani, the great General of Peace, by the United States on the Iraqi soil, was one of the most obvious instances of terrorism,” Amir Abdollahian said during a face-to-face meeting with Abdulla Shahid on Thursday in New York.

The top Iranian diplomat has travelled to the city to attend the UN General Assembly’s 76th Session.

An international legal committee has been formed inside the Islamic Republic to pursue the atrocity, with the aim of consigning those who perpetrated and ordered it to justice, Amir Abdollahian added.

The United Nations, however, definitely played an important role in this regard too, he underscored.

The Iranian minister further called terrorism a phenomenon that has come to afflict the entire world, noting the Islamic Republic’s constructive role in cooperating with the regional countries, from Lebanon to Iraq and Afghanistan, in fighting it.

General Soleimani, former commander of the Quds Force of Iran’s Islamic Revolution Guard [IRG], used to direct the military advisory support that Iran has been providing to Iraq and Syria against terrorism at the Arab countries’ respective request.

The assistance helped the countries rout the Takfiri terrorist group of Daesh [Arabic for ‘ISIS/ISIL’] in late 2017. The United States has been using the group as an excuse to prolong its invasion of the countries.

Early last year, the US carried out a drone strike against the Iraqi capital Baghdad at the orders of former American president Donald Trump that led to the martyrdom of General Soleimani and senior Iraqi counter-terrorism commander, Abu Mahdi al-Muhandis alongside their companions.

Amir Abdollahian went on to address the other forms of American terrorism that has been targeting Iran, pointing to the economic terrorism that Washington has been waging against the Iranian nation through its oppressive sanctions.

The US returned the sanctions in 2018 after illegally and unilaterally leaving a historic 2015 nuclear deal with the Islamic Republic and world countries. Ever since, it has also been trying to force other countries into committing themselves to the coercive measures and stopping all sorts of trade with Iran.

Amir Abdollahian noted how the US has been tying the economic terrorism to health and pharmaceutical terrorism too, referring to its prevention of exports of direly-needed medicines to Iran.