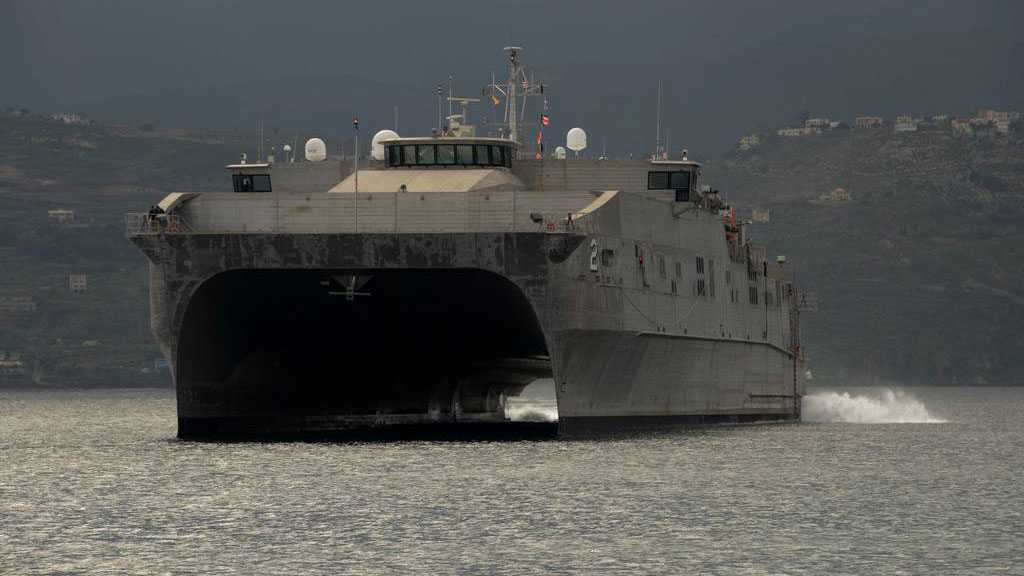 Under the disguise of “building partner capacity” in the region and “doing some humanitarian work,” the United States is conducting its first-ever Central Partnership Station mission in Lebanon amid growing calls for the expulsion of all American forces from regional countries in the aftermath of the disastrous US withdrawal from Afghanistan.

The US 5th Fleet’s spokesman Cmdr. Tim Hawkins claimed that the Central Partnership Station exercise in Lebanon “would grow the Lebanese Armed Forces’ ability to conduct missions like mine countermeasures, naval construction and disaster-related public health activities, as well as deliver goods like baby formula to the Mediterranean country.”

“The fact that [US Naval Forces Central Command] is conducting its first-ever Central Partnership Station mission is a testament to the success and the effectiveness of those previously established efforts in other regions,” Hawkins claimed in comments to Defense News on Tuesday.

About 40 US Navy and military personnel will participate in the exercise, which is set to last through September 29 and aims to foster a closer military-to-military relationship between the US and Lebanese armed forces.

Although the US mission in Afghanistan is over, and in the midst of growing calls for the complete US withdrawal from the region, particularly in Iraq and Syria, over its destabilizing activities, as a result of which the US faces record anti-American sentiments in the region, Hawkins alleged that such military-to-military engagements would result in “improved regional security and stability.”

“If we see that we had the effect desired and that it was beneficial to furthering the military-to-military relationship with the Lebanese Armed Forces, then we will certainly look to do more in the region with our partners along these lines,” he added.

The 5th Fleet’s area of operations reportedly encompasses nearly 2.5 million square miles of water area and includes the Gulf, Gulf of Oman, Red Sea and parts of the Indian Ocean.

The area includes three critical choke points at the Strait of Hormuz, the Suez Canal and the Strait of Bab-al-Mandeb and is comprised of 21 countries.

The United States has imposed sanctions against Lebanon to pressure the country over the influence Hezbollah resistance movement wields in its political and military sectors. In the 2000s, the Lebanese resistance group fought off two major wars against the Zionist occupation regime, Washington’s most treasured ally in the region.