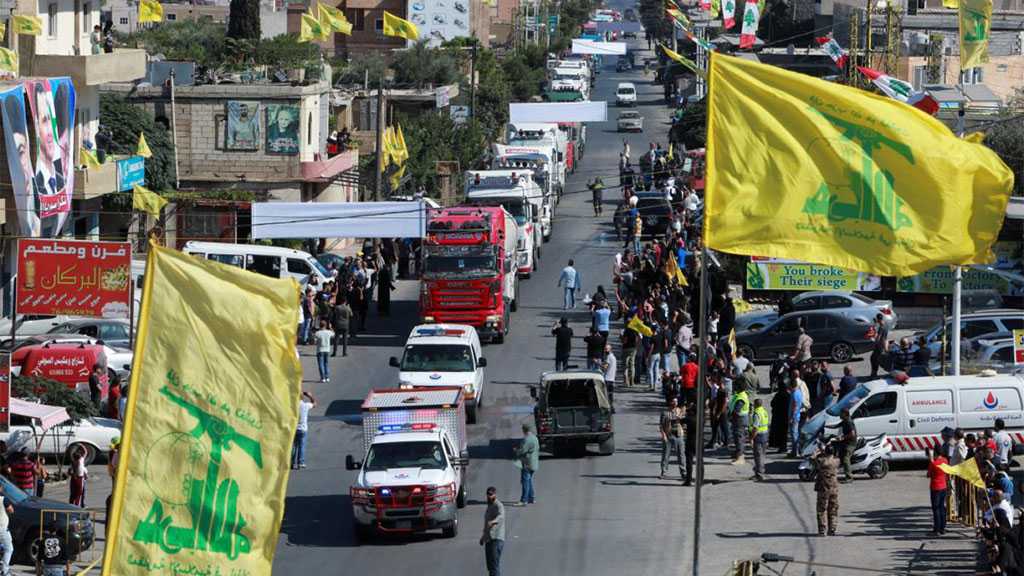 The shipment was passing through the Syrian border into Lebanon carrying fuel residue, al-Mayadeen reported.

According to Lebanese sources, the consignments were passing into Lebanon through the Hermel-al-Qasir border area.

The shipments have been reaching Lebanon in the face of the US’s sanctions targeting both the Islamic Republic and the country.

The US re-imposed its sanctions on Iran in 2018 after illegally leaving a historic nuclear accord between the Islamic Republic and world countries.

It has been enforcing similar measures against Lebanon for more than a year to pressure the country over influence wielded in its political and military sectors by Hezbollah. In the 2000s, the movement fought off two major wars on Lebanon that had been waged by the Zionist occupation regime, Washington’s most treasured ally in the region.

The sanctions have taken huge toll on the Lebanese economy, leading to acute shortage of staples, including gasoline and diesel.

Hezbollah has, however, vowed that the country would keep importing Iranian fuel, pledging not to allow Washington to further interfere with the Lebanese people’s livelihoods.

During his speeches, Hezbollah’s Secretary-General His Eminence Sayyed Hassan Nasrallah has identified the American Embassy in Beirut as the “operation room” devising sabotage plots against the country’s economy.

Announcing pending arrival of the third and fourth consignments on September 12, Sayyed Nasrallah said some had hoped and speculated that the ‘Israeli’ regime would intervene and target the shipments.

The speculations, however, simply served propagandist media purposes, His Eminence said, adding, “It became finally clear that such remarks are false.”