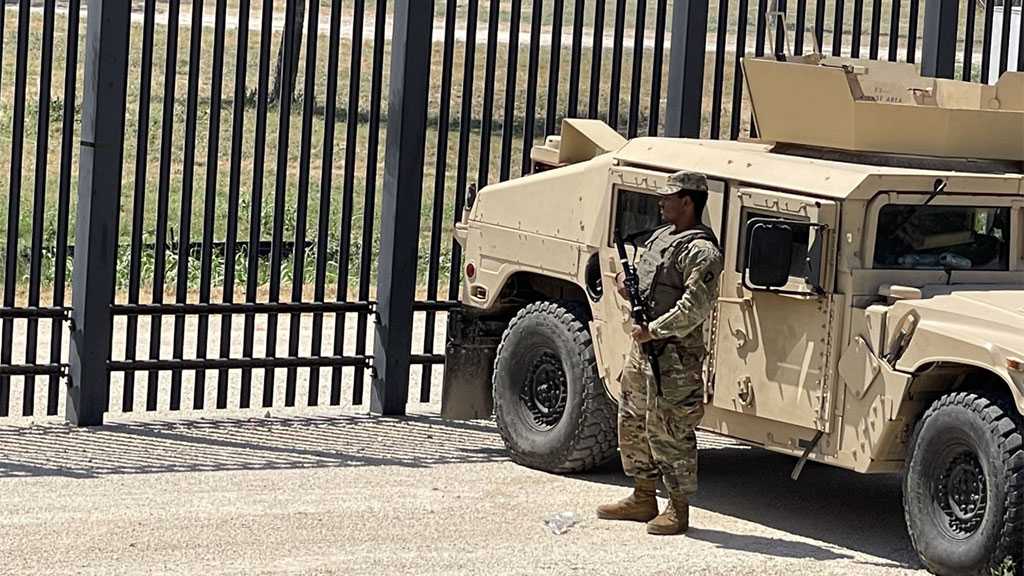 US Department of Homeland Security [DHS] Secretary Alejandro Mayorkas told US senators that he was "horrified to see" viral videos depicting horseback Border Patrol agents chasing down Haitian migrants at the US-Mexico border.

Mayorkas also acknowledged that the US would be increasing the frequency and number of repatriation flights for detainees.

Texas Governor Greg Abbott took to social media on Wednesday to announce that Texas Department of Safety personnel and the National Guard have been working to secure southern border cities such as Del Rio, Texas.

Additional photos published by the Texas Governor on Wednesday showed armed US personnel monitoring an area along the Rio Grande River.

A varied collection of armored vehicles and trucks were seen along the border as well.

Abbott argued to Fox News on Tuesday that his state government was covering tasks that should be left to the administration of US President Joe Biden.

“What we did, we put hundreds of Texas Department of Public Safety cars and created a steel wall — a steel wall of [Texas] DPS vehicles — that prevented anybody from crossing that dam that you've seen people walk across," he said, adding that authorities had "effectively" regained control of the border.

The deployment to the Del Rio area comes on the heels of reports that indicated thousands of Haitian migrants were arriving with the hopes of being allowed to gain refugee status within the US as many were leaving their homes over violence and racial discrimination.

A spike in US immigration was recorded shortly after the start of the Biden administration once the new president began striking down many Trump-era immigration policies. Skyrocketing figures and traffic at border crossings even prompted American officials to urge them to not make the dangerous journey to the US-Mexico border.