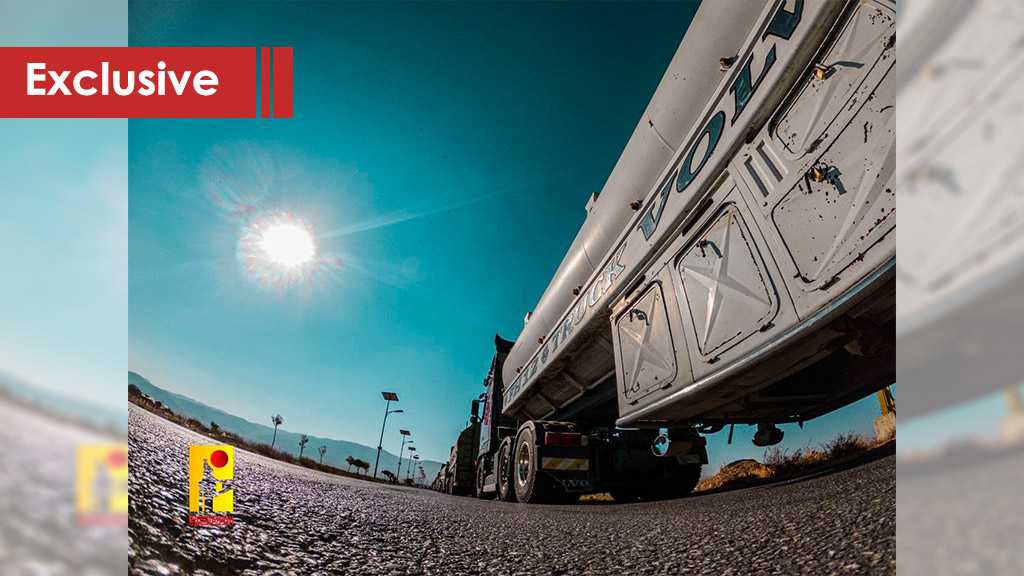 Beirut – A month since Hezbollah Secretary General His Eminence Sayyed Nasrallah promised that no Lebanese will be humiliated in the pursuit of their everyday needs and amid the worsening economic situation in Lebanon, the Resistance group has kept its word.

Hezbollah has broken the economic siege imposed by the United States on Lebanon. Iranian fuel transferred to the country via Iranian ships is being distributed in ALL Lebanon in a bid to ease the suffering of the Lebanese.

However, this step has put the US in an embarrassing situation forcing it to allow the transfer of energy to Lebanon. Out of the blue, Lebanon will be receiving Egyptian natural gas and Jordanian electricity!

By bringing Iranian fuel to Lebanon and distributing it for free or low in cost to the Lebanese, Hezbollah has once again falsified the American rhetoric internal US allies were trying to sell the Lebanese.

Confidence in Hezbollah has never subsided among the group’s supporters. If this was the case, American and “Israeli” think-tanks wouldn’t have issued studies targeting social and monetary institutions belonging or linked to Hezbollah.

Now, the US is at crossroads. It can either admit its failure in weakening the Resistance group or keep on trying relentlessly in an attempt to achieve something.

As usual, the US has a trick up its sleeve.

By failing in the economic war and its refusal to get into a military war, the US will turn to soft power and dirty diplomacy.

It will definitely use its leverage with the “Israeli” entity and put pressure on a newly formed Lebanese government that is so much in need of support.

The US, knowing that the new Najib Mikati-led government badly needs funds from the international community to prevent Lebanon from total collapse, will pressure it to succumb to American will and try to “rein in” Hezbollah.

Another thing the US will try to exploit is to make Hezbollah’s narrative of resistance void of meaning, forcing the group to disarm.

However, the group has vowed to liberate the entire Lebanese territory, including the Lebanese Shebaa Farms – a hill town at the intersection of the Lebanese-Syrian border and the “Israeli”-occupied Golan Heights – from the grip of the “Israeli” regime. A promise Hezbollah plans to keep! This being said, disarming is not an option on the table for the group.

In the meantime, the administration of US President Joe Biden will try to destabilize security in Lebanon. The “Israelis” are worried that Hezbollah can use the Shebaa Farms to spy on them.

At this point, the US will give the “Israeli” entity guarantees that the hill town would not be used by the entity’s enemies for espionage purposes.

Here, to give the entity guarantees that Hezbollah would not use the strategic location to threaten them, UNIFIL forces deployed in Shebaa should be given the right to inspect private property, thus ensuring that Hezbollah could not spy on the entity.

Still, Hezbollah has long understood something that the US and its allies haven’t: soft power.

Lebanon’s Hezbollah has always been and always will be a champion for the Lebanese, as Sayyed Nasrallah assured Lebanese will not be humiliated, saying in his speech on the 10th of Muharram, “We refuse that our people be humiliated… We refuse to be humiliated neither in a military war, nor in a political war, nor in an economic war. When we are presented with choices of this kind, the whole world knows our decision and our resolve”.