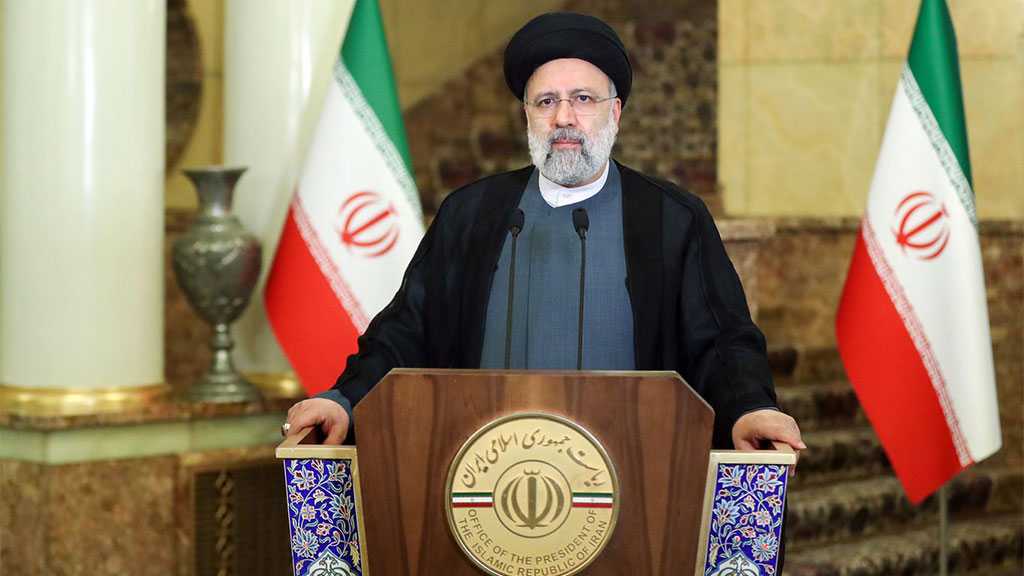 Iranian President Sayyed Ebrahim Raisi said the US efforts to impose hegemony on other countries have “failed miserably,” and that Washington’s hegemonic system lacks credibility.

Raisi made the remarks during the 76th session of the United Nations General Assembly via video conference on Tuesday night, in his first address to the main policy-making organ of the world body since taking office last month.

“This year, two scenes made history: one was on January 6 when the US congress was attacked by the people and, two, when the people of Afghanistan were dropped down from the US planes in August. From the Capitol to Kabul, one clear message was sent to the world: the US’ hegemonic system has no credibility, whether inside or outside the country,” Raisi told the UN General Assembly.

“What is seen in our region today proves that not only the hegemonist and the idea of hegemony, but also the project of imposing Westernized identity have failed miserably. The result of seeking hegemony has been blood-spilling and instability and, ultimately, defeat and escape. Today, the US does not get to exit Iraq and Afghanistan but is expelled,” he added.

The Iranian president further noted that Washington is using sanctions as a “new way of war” against other nations, stressing that the US sanctions against the Islamic Republic during the coronavirus pandemic are “crimes against humanity.”

“Sanctions are the US’ new way of war with the world countries. Sanctions against the Iranian nation started not with my country’s nuclear program; they even predate the Islamic Revolution and go back to the year 1951 when oil nationalization went underway in Iran,” Raisi said at the 76th session of the UN General Assembly.

“Despite the fact that the Islamic Republic was keen from the outset to purchase and import COVID-19 vaccines from reliable international sources, it faced inhumane medical sanctions. Sanctions, especially on medicine at the time of the COVID-19 pandemic, are crimes against humanity,” he noted.

Elsewhere in his remarks, the Iranian president stressed that Tehran has been adhering to its nuclear commitments under the Joint Comprehensive Plan of Action [JCPOA] while Washington violated the 2015 landmark accord‎, stressing that the US so-called maximum pressure campaign against Iran has failed.

“Today, the whole world, including the Americans themselves, have admitted that the project of countering the Iranian people, which manifested itself in the form of violating the JCPOA and was followed by the “maximum pressure” and arbitrary withdrawal from an internationally recognized agreement, has totally failed,” Raisi said.

“We want nothing more than what is rightfully ours. We demand the implementation of international rules. All parties must stay true to the nuclear deal and the UN Resolution in practice,” he added.

Raisi also said that Iran has “no trust in US promises,” and wants all anti-Tehran sanctions to be removed at once, noting that the Islamic Republic considers the nuclear talks useful only when their ultimate outcome is the lifting of all unilateral sanctions.