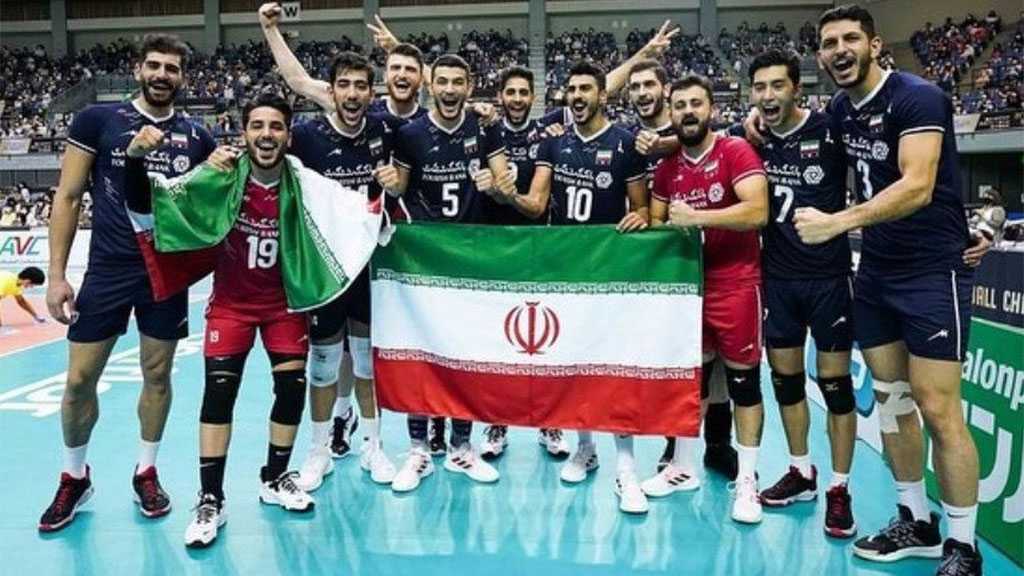 In a message issued on Monday, Imam Khamenei thanked members of the Iranian team.

“The brilliant victory of the national volleyball team is very sweet for the Iranian nation. I sincerely thank you, dear youths and your Iranian coach,” His Eminence said in the message released by his official website.

Iran and Japan started the match with a lot of intensity, resulting in a tight contest until the final stretch of the opening set.

But it was the Iranian side that got out of the jam with Saber Kazemi’s back-to-back swings to secure the 27-25 set win.

The tight contest ensued in the second set, with Iran leading only by two points at 23-21.

Aliasghar Mojarad deflected a middle hit by Japan to extend the lead to three and give Iran set point.

Issei Otake saved Japan a point off a kill from the left flank, but it was Kazemi who nailed the set-winning kill from the right side to finish the set at 25-22.

In the third set, the host team had a one-point edge at the second technical timeout, but Kazemi wiped the lead out after the break with a powerful spike down the middle.

The Iranian volleyball players finally seized the championship 31-29 after a successfully called challenge on the hosts’ net contact.

Defending champions Iran won the continental tournament’s title for the fourth time. Japan are still the most-decorated team in Asia with nine titles.

“MVP [Most Valuable Player] Saber Kazemi and Team Iran have defended their title and extend their reign as the volleyball KINGS of Asia for another two years,” it wrote in a post published on its official Instagram page.

The 2021 Asian Men's Volleyball Championship was held from September 12 to 19 in Japan.

The top two teams of the tournament also qualified for the 2022 FIVB Volleyball Men's World Championship in Russia as the Asian Volleyball Confederation [AVC] representatives.