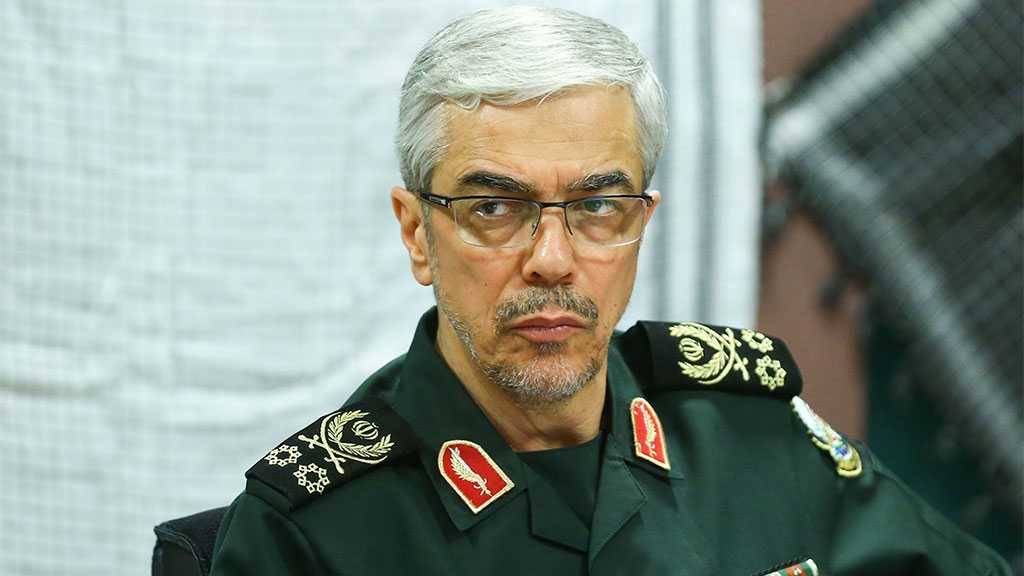 A top Iranian commander cautioned the countries trusting and relying on the US that they may suffer the same fate as that of Afghanistan, whose previous government had to flee humiliatingly after refusing to rely on the Afghan people and abandoning regional cooperation.

In remarks at a military ceremony on Monday, Chief of Staff of the Iranian Armed Forces Major General Mohammad Hossein Baqeri described the recent developments in Afghanistan as a lesson for those regional countries which mistakenly believe that reliance on the US’ power and forming governments without caring for people would bring them calm and stability.

Referring to the previous Afghan government as a dependent administration that did not trust its people, counted on the US, and backed off from regional cooperation, Baqeri said the Afghan army and government fell during only ten or eleven days and fled humiliatingly.

“The humiliating escape of America [from Afghanistan] also indicates that such approaches will have such results. It is not unlikely that such a fate will befall the countries with this extent of dependence on and trust in the US,” Major General Baqeri warned.

He then highlighted the fall of the US monopoly in the world, saying the success of the axis of resistance and the Muslim world as well as the developments in recent years attest to the definite failure of the US strategies and the decline of a power that had plans for long years of monopoly.

The world is moving towards multi-polarity, the general said, describing Iran’s membership in the Shanghai Cooperation Organization [SCO] as a sign of existence of several powers that are rising in the region and the world in tandem with the decline of the US power.

“Major events will take place with the presence of countries like Russia, China, India and some others [in the SCO], and with Iran joining them,” he stated.

Elsewhere in his remarks, the Iranian commander dismissed the threatening comments from the Zionist regime’s officials, saying the Zionist regime is well aware that any act of aggression against the Islamic Republic’s territories and interests will make them face a decisive and harsh response.

The Zionist regime cannot stand even against the Hamas forces as part of the axis of resistance, he concluded.