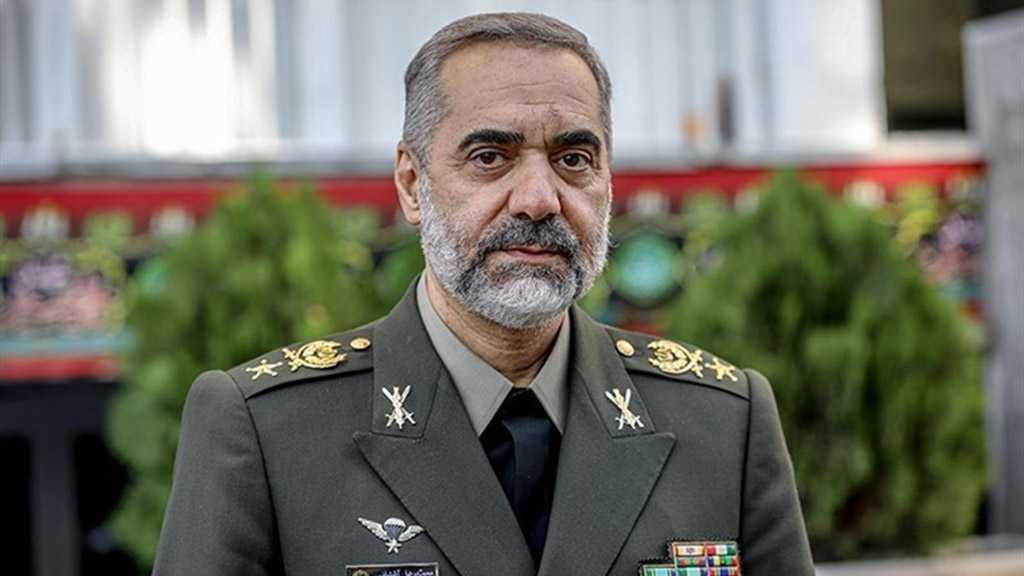 Iranian Defense Minister Brigadier General Mohammad Reza Ashtiani shrugged off the "Israeli" officials’ hostile rhetoric against the Islamic Republic, cautioning the enemies that any unwise action will draw a crushing response from the Iranian military forces.

In an address to a gathering of Defense Ministry officials on Monday, Brigadier General Ashtiani dismissed the absurd anti-Iranian comments from the “Israeli” regime’s officials.

Reaffirming Iran’s resolve to advance military programs on the basis of its defense doctrine, the minister warned the enemies that any unwise and stupid measure will trigger such a crushing response from Iran that would inflict heavy costs on the aggressors.

The Islamic Republic has already made it clear that its defense power and advances based on the modern technologies are solely aimed at safeguarding the country’s security, protecting the border, and dealing with any potential threat or act of aggression, the general stated.

Deploring the Zionist officials’ hostile comments against Iran, the defense minister said the “fake Zionist regime which has suffered big defeats from the Iranian nation” and has been frustrated in the world is only venting its spite and anger on the oppressed and defenseless women and children.

In comments in April, Chief of Staff of the Iranian Armed Forces Major General Mohammad Hossein Baqeri said all Iranian military forces are ready to give a decisive and crushing response to any threat at any level in such a way that the enemies of Iran would regret taking a hostile action against the Islamic establishment.