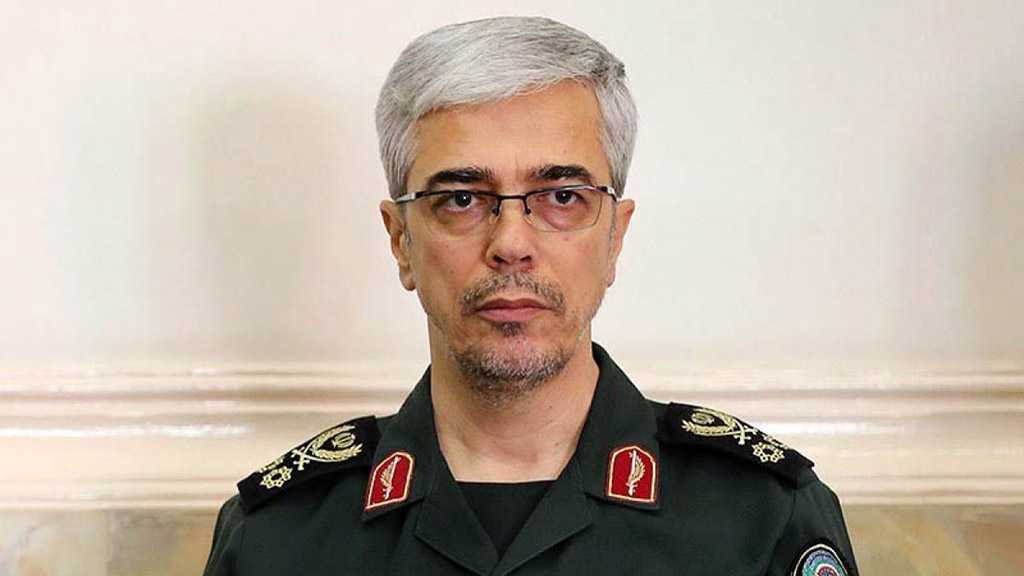 Chairman of the Chiefs of Staff of the Iranian Armed Forces Major General Mohammad Baqeri has warned about the activities of anti-Iran terrorist groups in Iraq's semi-autonomous Kurdistan region, emphasizing they will be fully dismantled in case they insist on their mischief.

“Unfortunately, we witness that armed counter-revolutionary groups are actively operating in northern Iraq because of apathy shown on the part of the Kurdistan Regional Government [KRG] and the central Iraqi government’s weaknesses as a result of Americans’ presence,” the top general said on the sidelines of an official ceremony in Tehran on Sunday.

The Iranian commander said the terrorist groups have tried to expand their operations at the provocation of the United States, the “Israeli” regime and some reactionary Arab states.

“Although they have not managed to cause any major trouble yet, they have been a source of insecurity and concern in some border areas of Iran. We do not tolerate such mischief,” Major General Baqeri pointed out.

The high-ranking military official also stated that the Baghdad government and the KRG should not allow terrorist groups to establish training bases, radio and television stations, and camps in northern Iraq, wage attacks on Iranian border regions and assassinate Iranians.

“Iranian Armed Forces, under the command and auspices of the Islamic Revolution Guards [IRG], will destroy the bases of such terrorist groups. Operations that have been going on for the past two weeks will continue as it is the legal and logical right of the Iranian nation to enjoy secure and peaceful borders,” he emphasized.

“We have called upon the KRG leaders and Iraqi government officials to uproot these terrorist groups and prevent their activities, but the requests have not been properly answered. Therefore, if the presence of such outfits and their mischief continue, we will fully dismantle them,” the top commander said.

Back on September 9, the IRGC Ground Force used suicide and combat drones as well as smart and precision-guided artillery to target terrorists in the rugged mountains of Iraq’s Kurdistan region.

It came days after the force’s commander, Brigadier General Mohammad Pakpour, warned the KRG not to allow terrorist groups to use its territory to threaten the Islamic Republic.

Iraqi Kurdistan Region has long been used by anti-Iran terror groups such as the Kurdistan Workers’ Party [PKK] and its offshoot, PJAK, which are active in Iraq and Turkey, to launch occasional attacks against Iranian border guards and border areas in northwestern parts of the country.

The attacks have been met with crushing responses from Iran's border guards and other military units deployed in those areas.